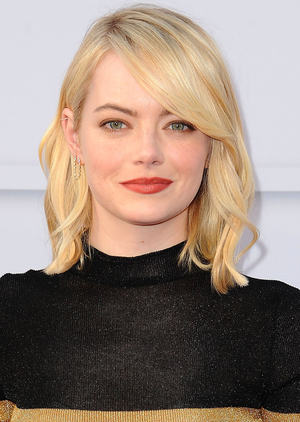 Whatever cold exterior Siobhan had adopted in her youth has truly vanished. Instead stands a self-assured and confident woman who refuses to be swayed without anyone presenting her a true argument (really, meaning, anyone who tries to mansplain her can f*ck right off) that she can consider. She tries her upmost to be as respectable as she can to people, even if they do show signs of incompetency, mostly because she knows the demand for respect when oneself refuses to show it can undermine a person entirely. Professionally, she's known for being level-headed and making calculated decisions. When she's not under pressure, Siobhan can help pass laws that are momentous in the most positive was possible however, when under a time restraint or when the safety of the Irish wizardkind are concerned, she can become more bashful in her beliefs and relies heavily on her aides. A notable trait about her is she believes strongly in a positive relationship with muggles and is said, and it's totally true, to have weekly meetings with the President and Taoiseach of Ireland.

In a personal and motherly sense, everything Siobhan does is to give her kids the best possible example. She wants nothing more than for them to grow into people that both she and Hunter can be proud of. She has a tendency to spoil them, if only because she knows being recognised as her offspring must be somewhat challenging and she'd do anything to ease that for them. She can be described as firm, yet fair, with an interest in assisting them with their studies. To try and alleviate as much stress as she can, Siobhan has chosen to send them to muggle primary schools and teach them their magical side at home.

Aidan MacAuley, a Slytherin hailing from Northern Ireland, and Daisy Robinson, a Hufflepuff from the south of England, met during their years in Hogwarts. Although an unlikely match, the two bounced off each other and fell into a deep and genuine love. Some might've said it was a whirlwind romance, one that concluded in marriage shortly after the two graduated from Hogwarts, but others would call it true love. There was always a rift between the two, especially when Aidan decided the life of a dark wizard was far more appealing to him and would leave Daisy for months at a time in Ballycastle; a place she was unfamiliar with.

Still, both Aidan and Daisy referred to their relationship as true love, even having their first and only child, Siobhan, when the two were twenty-two years old. She was a light in Daisy's life, something that could keep her going when Aidan would leave for months on end. It was without his input that she adopted a more Hufflepuff approach to her upbringing, ignoring the pressuring pure-blooded views of her in-laws and choosing to be like her own pure-blooded family. As Aidan concerned himself more with the Dark Arts in England, he never took much notice to how his daughter was being brought up and, subsequently, was able to still separate how he'd bring Siobhan up with his love for Daisy. That is, until Siobhan turned five.

Months before Siobhan's fifth birthday, Aidan had returned back to Northern Ireland to contribute to the Dark Arts movement within the island itself. Him making the MacAuley home a base for his dark wizard friends but a strain on his and Daisy's marriage, mostly because the latter felt like it was disrupting and ruining the upbringing she had planned for Siobhan. For a while, Aidan continued to turn a blind eye at the way his daughter was being raised however, after an instance of the young girl disagreeing with his blood supremacist ways, he cottoned on to how Daisy was bringing his legacy up and he was enraged. He felt like it was an attack on his pride and that she was going out of her way to tarnish the MacAuley name. That, paired with the words of his family who further revealed Daisy did little to uphold the MacAuley views, further marred the woman in Aidan's mind. He kept his anger hidden for a while, allowing it to build until one argument escalated in a way that would change Siobhan forever.

Aidan had always been a man that used physical violence to get his point across, however the pent up anger allowed him to make the rash decision of reaching for his wand and entering a duel with his wife. Daisy put up a valiant defence, even managing to make it to the door to take off with Siobhan, but her efforts were for nought. Aidan was ever crafty in his magic style and used his strategic mind to stun her and promptly kill her with the killing curse in front of Siobhan's very eyes. Reflecting on it now, Siobhan thinks it was a way to show his power, to warn her that the way she had been brought up wasn't good enough, but then all she knew was fear.

From the day of her mother's death to her arrival at Hogwarts, Siobhan was ridiculed by her father for having a happy-go-lucky personality - something she tried desperately to cling onto as if it was the last part of her mother than was alive in the world. However, she often had abuse shouted at her when she didn't do what her father approved, and he sometimes went as far as to physically abuse her although this was almost always a last resort, much to Siobhan's relief. . Eventually, Siobhan got tired of it and changed her personality so it was a mirror of her father's. Then, and only then, did he begin to accept her - with the underline abuse still going on. His abuse couldn't mirror to the pain she felt as she felt she let the last part of her mother go.

Siobhan's letter to Hogwarts arrived and her father bought everything in a heartbeat, wishing her luck in being sorted into Slytherin. Siobhan was sorted into Slytherin where she excelled in every aspect of her academia. With her determination and hard work, she was able to attain the recognition of being among the top of her year. In all honesty, the one thing she struggled at was riding her broom and, through extension, Quidditch, but she knew that was more recreational than anything. It was during her seventh year that she embarked on a relationship with Hunter Smith, an Australian wizard in the same year.

Much of their relationship was like her own parents' - a whirlwind romance - but this time fate would have it that it was true true love. Siobhan remembered the way her mother's eyes would light up whenever she talked about first falling in love with her father and for so long Siobhan herself had yearned for it, finally having it with Hunter. After graduation, the two soon exchanged the familiar scenery of Scotland and London for Ireland - at first Ballycastle was the most obvious option but, at the last minute, settling into the south of the border became the reality. To be more specific, a magical village in the outskirts of Dublin. It was the most perfect setting the young couple could ask for and, within three years, the two were wedded and had a daughter - Raleine.

Shortly after the birth of her daughter, Siobhan decided the life of a housewife wasn't for her and promptly took up a job within the Irish Ministry as an intern for the Department of Magical Accidents and Catastrophes. Her prowess at Hogwarts continued to benefit her as she proved herself to be a valuable employee and was able to rise up the ranks quickly. Perhaps most notably Siobhan showed signs of being a competent political figure, something she had never really considered before. It wasn't too long before her twenty-third birthday that Siobhan had decided to throw herself into her political career.

She never once neglected her family, though. Of course at times the balance between her professional life and her personal life was shifted and shaky but, for the most part, she was able to find the time to dedicate herself evenly between the two. Her love remained ever strong with Hunter and, three years after the birth of Railene, the two welcomed a son to the mix - Oisín. Perhaps against her own judgement and the pleas of Hunter, Siobhan returned to her work before her paid maternity leave was up, aiming to get the promotions she had desired. It all worked out in the end as she soon became Junior Minister of the department.

Word of how efficient, dedicated and politically knowledgeable Siobhan was spread. First throughout the Ministry itself and then to the greater Irish population. With elections nearing for the Minister for Magic, many anticipated her running and it was only with the encouragement of Hunter that Siobhan found the confidence to do so. She appealed massively to the population; a young family that were seen as close-knit and caring of one another paired with a platform of equality for all and the best interests of Ireland in mind was what gave Siobhan the winning edge. By twenty-eight years old, Siobhan and her family had become the most powerful of Ireland.

Her term as Minister began strong; she followed up on the promises she made during her campaign and the Ministry flourished. Sure there were bumps and blips here and there but, for the most part, the change she brought benefited the Irish people. In public polls, her approval rating remained high and, though too early to tell, the potential of a second term seemed highly likely. Tragedy struck the Minister and her family a year into her term. Seemingly out of the blue, Hunter had passed, leaving Siobhan as a widowed mother of two alongside her role as the Minister for Magic. Many would expect one to go through such a thing to bow out of the political life in lieu for stability at home, but Siobhan was determined to make ends meet and be a dedicated mother as well as being the best Minister she could be - something she thinks she's largely successful in doing.

Right now, she's nearing the end of her first time and whilst re-election was on the table, she's decided to forgo it so the opportunity to move back to England, a place a lot safer for her mentally, could prevail.

WIP
Add a photo to this gallery
Retrieved from "https://dumbledoresarmyroleplay.fandom.com/wiki/Siobhan_Keirs?oldid=986815"
Community content is available under CC-BY-SA unless otherwise noted.