Sterling Niles Rockefeller is one of the five Rockefeller children, and he is twin to Frances. Ah, yes, the Rockefeller family. They're just stereotypical American family, with the white picket fence house, the dog, and a powerful name to back them up. Except they're wizards and have a long history in the entertainment industry. They've been important figures throughout the history of Wizarding USA, though in subtle ways. They were important back in the Prohibition Era, known for bootlegging liquor and owning speakeasies across the main states. Their ancestors were known for being radio hosts, for being musicians, for being the source of America's entertainment. The Rockefeller family have always been an exception to a lot of the rules throughout history. For them, law enforcers have looked the other way. While that wasn't much to say a century ago, nowadays it says a lot. They're important figures, and not acknowledging that might just cost you a lot.

Sterling was born just minutes after his sister. While he knows his parents were thrilled to have him... he sometimes wonders if his parents would've preferred for him to be a girl too, to give Frances a sister. He was left wondering this even more after David was born. So he did his best to be as exemplary a son as there ever could be. He was respectful of his parents, Charles and Michael. He tried his hardest to be the best playmate and confidant his sister could ask for. And he helped corral David, while still being the best big brother that he could be, wherever possible. Even if it meant encouraging some of David's antics from time to time.

Sterling grew up in the limelight of his parents' successful careers. But he did his best to push his siblings into the light, while he hung back. He tagged along on all the red carpet trips; but also attended the same trips to help the community that his sister did. Seeing the change in her was something he felt very personally, and he always hopes she'll continue down that road. He'll do whatever he can to help her get there.

When Sterling was eleven, he went straight off to Ilvermorny. Pukwudgie was the only one that seemed to want him, and so he went willingly... but being separated from Frances was a bitter pill to swallow. It was the first time in his life that he was forced to try to make friends on his own, instead of through Frances. Not used to talking about himself (talking up his siblings was more second nature), he struggled at first, but his natural ability to help others shine won him over friends in the end.

When his aging parents transferred from their home to an assisted living facility... it was decided that Sterling, Frances and David would go with Charles to Great Britain, where Charles was off chasing some girl, apparently. While he wished his brother the best, moving to England wasn't really the first choice on his list. Especially when Michael was staying behind in America to continue his successful career. But he wasn't about to be separated from Frances and David, so he went along with it. Plus, maybe he and Frances can be in the same House this time around.

Sterling is a humble young man. One of his best qualities is helping others around him to shine. Coming from a family where everyone's name was up in lights... he'd rather be the one lighting up those lights for them. He's the loudest cheerer, and his applause is the most resounding, and he's perfectly okay with that. He tends to never put himself first, though, and will bend over backwards to help his siblings and friends, even if it would end up hurting himself somehow.

Sterling doesn't argue well, and he isn't the best with words; he struggles with writing essays. He knows what he wants to say... but the words don't always happen for him. Maybe it's because Frances could always do the talking for him, or it was easier to (rightfully) point to David to take the blame... but whatever the reason is, Sterling is a man of few words. Some might think this makes him introverted, and while that's not wrong (because he is), that doesn't mean he doesn't want to be around people, and hear all their stories.

Sterling might be a man of few words... but he is a talented piano player. He started lessons with top teachers of several different genres (jazz, classical, contemporary, rock) when he was five, and he hasn't stopped. He often feels he can express himself better at the piano than when he's speaking. He prefers classical pieces, and that tends to be what he plays the most of, but he dabbles in everything and can be seen playing rock classics with a smile on his face. As talented as he is though, he refuses to play for anything other than charity events. 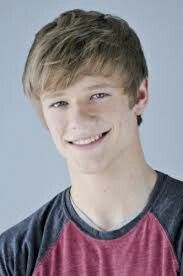 Sterling is a well-dressed young man. He dresses comfortably, but in designer labels. He always keeps his blond hair nice. His blue eyes often appear with some shyness, but there's a twinkle of happiness there, too. Especially when he's around his siblings. He's already fairly tall for his age, and he's quite skinny. His face claim is Lucas Till.

*His MBTI is: ISFJ
Retrieved from "https://dumbledoresarmyroleplay.fandom.com/wiki/Sterling_Rockefeller?oldid=1074810"
Community content is available under CC-BY-SA unless otherwise noted.