Tate, like his older brother, is the curious adventurer type. Maybe a little less so due to him getting bored of things too quickly, but nonetheless they are near spitting images of each other. While he enjoys basic things like colouring and drawing, Tate is more fascinated just getting to watch people or play along. For example, he quite enjoyed going to work with his parents and watching them. But by far his favourite thing is playing with his older brother and learning from what he does.

At times it can be hard to read Tate, finding it hard to know what he's thinking right away. If you were to ask he probably wouldn't say much either. Although he loves to mess around and explore, he isn't really the outgoing personality one would think when they see him around. In social situations he becomes shy and will hide behind his parents or siblings. Tate's very much so the black sheep of the family in that aspect, and at times he isn't sure how he fits in because of it. Everyone around him is outgoing and fun, and he tends to shy away from new people.

Tate Jeon wasn't the first, nor would he be the last child, of Bailey and Teagan Jeon. Born a year after their wedding and two years after the first child Benji, little Tate was already a handful. He was fussy at times where it wasn't needed, and was always loud and babbling to himself. Luckily, the two young parents were already put through the ringer by Benji, so Tate was a lot easier to manage as an infant.

Tate always looked up to his big brother when they were growing up, he always wanted to be by his side and crawl after him while he was running away. When both were a good enough age to play together without Tate having to crawl to keep up, the pair were inseparable and when one was called, both would show up. This led to the sharing of a bedroom for the years to come, a bedroom that is still shared to this day.

At the age of two came along the third child, little Poppy-Hadley. The first girl of the Jeon kids. It was a rough year for Tate because Benji had also started muggle pre-school. By now his father was also the Minister for Magic and the family had graduated from Bailey's moderate sized former bachelor pad to a beautiful house with vast amounts of protection. For much of that year, Tate spent his time in the minister's office or with Teagan at work, waiting till Benji was done school.

Tate was four when the War of Creatures that almost took his father's life broke out. In order to protect their kids, Bailey stayed away from the family and lived alone in their current house while Teagan took the kids to Stagwoods Estate which was their private estate hidden away from the wizarding world. It was a tough time for the family, especially with the fourth and final child coming up soon. After some time without any attacks on the family, Teagan relocated back to their regular home along with the kids. Not long after Noelle was brought into the world making Tate the second oldest of four.

At the age eight years old, Tate was attending muggle schooling. In addition to going to muggle school for a basic education, both Bailey and Teagan had started slipping Tate into the basics of wizardry. Bailey often times brought him to the ministry to see how things work around it and at one point he had even expressed a desire to work in the ministry similar to his dad. However, since growing up a bit more that has since changed. Speaking of the ministry, Tate's first magical experience took place in his dad's office at the age of nine. While Bailey was filling out some paperwork and Tate was scribbling on some spare paper, Tate looked up as he sneezed and somehow all of Bailey's paperwork flew off his desk.

With Tate's magical powers kicking in, Bailey and Teagan started teaching Tate more and more about his magical abilities and the future life he'd be able to live at Hogwarts and as apart of the wizarding society. The year before he'd be attending Hogwarts for the first time, Tate got his letter of acceptance and couldn't wait to begin. 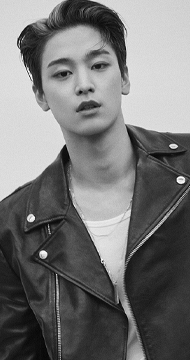 Retrieved from "https://dumbledoresarmyroleplay.fandom.com/wiki/Tate_Jeon?oldid=1055722"
Community content is available under CC-BY-SA unless otherwise noted.