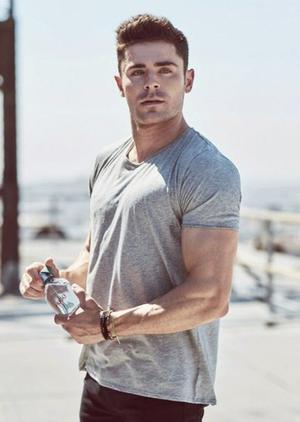 Theseus is very much a humble individual; something he gained from finding out he was a Squib in a family of fairly talented wizards and witches. Though he has a mass of achievements in his life that he can boast about, Theseus would much rather pass the attention onto someone else and let them share their achievements with the world. Although this is largely attributed to his humbleness, it also stems from a bit of awkwardness he feels whenever he talks about his own achievements, in part because it feels weird to boast about something that's taken him a lot of work. That doesn't mean to say that he's not proud of his achievements by any sense but rather he doesn't like the excess of compliments he then receives. He's largely known for his care-free, laid back attitude towards life, despite being in and have been in some stressful situations. Theseus is very much a person who likes to take things at a casual pace and can very easily work at a snail's pace if he's allowed to. In general, Theseus prefers emitting positive energy into the world and aims to be the positive person whenever everyone else is negative. He does, however, understand the tone of some situations and can adjust accordingly but, for the most part, he wants to be happy so everyone else around him can also be happy. Theseus is largely proficient at socialising. Thanks to his FlooTube channel and his acting career, he can thrive in social situations and has been known to be fairly humorous. Though he still has a dislike towards some interviews - as some interviewers can be rather invasive and rude - he typically performs well and can work on any script given to him by his management. In turn, this makes Theseus the ideal candidate for any company as he can represent them well in a polite, professional manner.

Theseus is a stressed out individual. Via his acting projects and life as a FlooTuber, Theseus finds that he has very little time for anything else in his life. He's toyed with the idea of lessening his workload but he never wants to disappoint anyone and, unfortunately for him, the choice of disappointment is between the public who love him and love him enough to put him in the big scale productions and the loyal fanbase who have been with him since he was a nobody, or at least not a person in his own right but rather his mother's son. This bogs him down quite a bit and is one of the things that he is largely susceptible to speaking about if he's drunk, revealing a much more troubled individual than he lets on. He also harbours a secret disdain for his parents and siblings. This largely stems from him being the black sheep, the forgotten child in the family as he went off to muggle school but suddenly getting a lot of attention now that he's gaining fame in the wizarding world. Though he knows its a natural thing, he can't help but feel cheated out of the love that his siblings got and gave each other, interpreting the love he gets now as fake and forced. He may be right in some sense but, in general, this disdain is a large indicator of Theseus' paranoia and self-convincing that nobody genuinely loves him in his life. Theseus largely feels like he's under performing in everything he's doing and that he's wasting his life. Though he knows that this feeling is a result of his largely self-critical personality, Theseus can't help but feel like that he's always second best to somebody else and will constantly search for that person to compare himself to. If, by chance, he is the best person in the room, industry or whatever, he will make up excuses as to why the next best is better than him. Whether this is down to not wanting to boast about his achievements or the dislike for a lot of attention on him, Theseus would much rather blend into the background most of the time, rather than to be up front and centre. He feels a pressure as Theseus Saxe-Coburg to live up to a certain standard paternally whilst also remaining the son of Maria Berber. This dual identity that Theseus is convinced he has - which he does, to a very small extent - causes him to act a bit arbitrarily in the public eye. Some days he will be rather proper, polite and much like one would expect from a noble birthed child and, other times, he can be cheekier and bratty - more apt of the child of a celebrity. He's struggling to find the perfect balance between the two of them but he's trying. Theseus handles negative press badly, constantly checking the comments of FlooTube videos and searching for negative articles to validate any hesitations he has in himself. He doesn't quite know how to handle anger and sadness. Largely, Theseus feels that if he were to disappear tomorrow, nobody would care.

Everyone always knows about the bigger branches of European noble families; how could they not? What, when they rule countries and create legacies, it's a bit hard to miss them. What about the smaller branches, however? Branches formed from the sons of spares to heirs or the branches of the youngest son born some twenty years after his eldest sibling? This is where Theseus Saxe-Coburg's story begins. Somewhere down the line, the lowly Squib can boast a relation to a House of Wettin member; one of the lesser known Dukes, but a duke nonetheless. Though the Duke was less than important to the muggle side of the family, magically his importance was astronomical. Why? Because he started the only Wettin magic branch by being muggle-born. Thus began a long line of wizards with magical interests but muggle titles.

The story of how this magical branch went from holding a large deal of muggle prestige to being nothing more than a magical family clinging to former glory through changing their surnames is one that spans centuries. Though initially the family was able to enjoy the noble relations and the titles of Duke, Duchess, Lord and Lady, as the family continued to produce children with other wizards and witches, the notoriety they held in the muggle world begin to fade to nought. The biggest blow - and perhaps the most defining for the branch that came from the original magical Wettin - was that of the formation of the Weimar Republic, legally taking away the prestige of nobility in Germany. It was in this time that the family moved to Britain and, for scandal in the magical community following the magic royal family's name change alongside their muggle counterpart, changed their surname from Wettin to Saxe-Coburg. Gone were the ideals of remaining relevant for noble reasons and, in place, was a desire to grasp to fame by any means necessary. For some, it worked out well. For others? Not so much.

Augustine Saxe-Coburg was of the former group. Though he didn't chase the public eye as much as siblings did - and this was in it a lot less - Augustine was a hard worker and gained popularity for being just that. People admired his down to earth nature and that, paired with his notable philanthropist efforts, meant he was able to achieve fame whilst his siblings were more subjected to infamy. He did so well for himself that he was able to marry Maria Berber, a growing magical socialite who was a famed actress of her time. Though some would equate her fame to nothing more than a soap opera star, she liked to think of herself as a Grace Kelly or Marilyn Monroe. Where she actually stood was always a bit murky but she held enough fame to bring in enough money for the family to build a comfortable life for themselves out in the English countryside and begin their own family.

Theseus was the third born of five. He followed the births of his older brothers Heracles and Minos and came before his sisters, Calypto and Ariadne. The Greek names had been Maria's idea on the account of wanting something that made her children unique from all of the others, as if being descended from German royalty and the children of an actress didn't set them aside from the crowd enough. Though Augustine had argued, he conceded and instead gave them all Germanic middle names, Theseus getting Leopold Siegfried and Reinhardt. The family functioned much like one would expect a noble - yet famous - one to do so; the children were able to grow up with near anything they wanted and got early Kwikspell tutors.

Although all of the Saxe-Coburg children were late bloomers when it came to magic, Theseus was always different. Whilst he understood the theory side of magic better than any of his siblings - sometimes even when they were trying combined to understand - he always seemed to struggle with the practical side of things. He could tell you what alohomora did and how to perform it but couldn't seem to do so, no matter what trick the tutor tried to teach him. Though neither Augustine or Maria were particularly bothered with him being a late bloomer - nor the potential of him being a Squib at that - they made sure to not let on of any of their suspicions, instead they continued to raise him with the thought that he was just not going to get it immediately. It was when Theseus turned eleven and still hadn't had his first magical experience - and the subsequent letter to Hogwarts - that his parents explained to him what being a Squib was. Was he a little deflated? Sure but all wasn't lost as his tutor had taught him a few, very basic spells that he as a Squib could perform and that seemed to tide the young Squib over. Thus, as his siblings all went to Hogwarts, Theseus went to the local private secondary school, choosing to throw himself into life there with the aim of getting the best grades possible.

And, as it goes, that's just what Theseus did. He was able to attain some of the best grades that the school had seen and went on to study engineering at Oxford University, graduating there after three years with first honours degree. Now twenty-one, Theseus made the decision to rejoin the wizarding world for a little bit - a revisit to the life he once led. Knowing, as a Squib, it would be hard to get a job elsewhere, Theseus acted impulsively on his old hobby of acting. He had been known as the Saxe-Coburg kids grew up to be the vision of his mother and, wanting to see that through and test it, he auditioned for several small roles. As luck would have it, he was successful in near all of them and quickly became recognised as the actor son of Maria Berber who was continuing her legacy. Now twenty-five, Theseus is just about to star in his biggest title yet and runs a fairly successful FlooTube channel; arguably being the most successful of all his siblings.

WIP
Add a photo to this gallery
Retrieved from "https://dumbledoresarmyroleplay.fandom.com/wiki/Theseus_Saxe-Coburg?oldid=1054907"
Community content is available under CC-BY-SA unless otherwise noted.