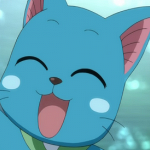 Hello! I'm TheFlyingFoot also known as Football444. My real name is Isaac and you can call my Foot or Isaac (I have been called Foot, Fopt and Footise). I live in the UNITED KINGDOM. UNITED KINGDOM. I'm Male OBVIOUSLY am I am a Hufflepuff! I'm crazy, weird and a flying blue cat. I am a Potterhead, Bookworm, Oncer, Half-Blood, Amity Member and Son of Hecate. I love Books and anime. A few books I have read are, Harry Potter, Percy Jackson, The Hunger Games, Divergent, TimeRiders, Maximum Ride, Kane Chronicles, Secret Series, The Hobbit, Manga Series and so many more. I have watched many anime such as Fairy Tail, Pandora Hearts, Mirri Nikki (Future Diary), Black Butler, Death Note and many more. Thank you for viewing my site. Feel free to ask any questions on my talk page. Thank You!

More characters yet to come...

Retrieved from "https://dumbledoresarmyroleplay.fandom.com/wiki/User:TheFlyingFoot?oldid=290345"
Community content is available under CC-BY-SA unless otherwise noted.