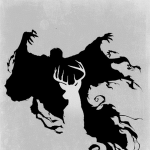 Welcome to my talk page! You know, there's not really a whole lot to say here other than don't forget to leave a Header (Header 2) and your signature (4 ~'s), so that's all I'm going to say. 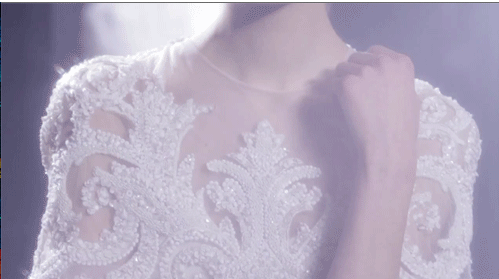 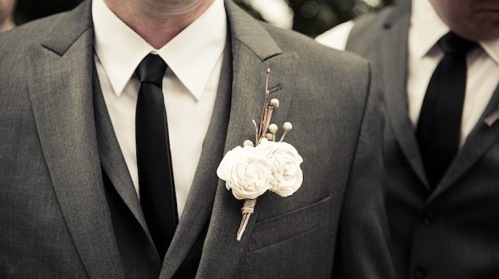 I would like to adopt Christopher from you I was wondering if you could let me know of any possible conditions.

Yeah, I will take care of him. I hope I can find someone that will be as good as you. No one can replace you, and I know that no one will be able to RP him correctly. I was really looking forward to the Devin/Alrick storyline. It would've been cool. Maybe someone will come along and I can continue it with them, but it wont ever be the same. Take care man! I really am going to miss you! When I look back on DARP, I realize how much it's changed since I first got here over a year ago. And I know, with you gone, it will be even different. I'm finding less people to RP with! I seem to only RP with CK now. :P Well, if you ever find yourself at home, doing nothing, stop by and come on chat. (If i'm not there, send me an owl :P) See you Colin!

Perhaps something may work?

Eva McKenna ~ Slytherin Quidditch Beater & Captain, Auror, The Girl With No Mistakes, The Lorell Corsair, The Golden Lady, Editor for the Daily Prophet, The Little Troublemaker

I don't see any reason why we can't open them. I'll talk to the others and see what they say/ :)

That's the idea. Something that outputs a random hogwarts location so users with student characters don't waste time looking for a location. Could you make it? Idiosyncratic6 00:09, November 15, 2014 (UTC)

Hi! Did you get started on the Hogwarts location randomizer thing? Because I've been working on it since it was mentioned on chat, so you don't have to if you think you're too busy. :)) LittleRedCrazyHood 09:24, November 16, 2014 (UTC)

Editor for the Prophet

Judge me. Judge me harshly.

Thank you for looking over that. I fixed it so he finished his education at Durmstrang (though only passed one subject for his NEWTs), and patched up some nymph related plot-holes. http://dumbledoresarmyroleplay.wikia.com/wiki/Forum:Kitrino_Perro_-_Editor . Thar ya go. Idiosyncratic6 17:14, November 30, 2014 (UTC)

Sorry, Im late on these. I have no problem with him being the Keeper of Keys and grounds. We dont nessecarily need an interview, but we could do it if you want. As for the elves, I love it!! :) I'll put it up for some nice Christmas cheer! :)

Awesome! I'm getting around to posting on all of them. Any of my student chars can RP with Henry - though Quentin Weir would probably be the friendlist/most apt to bother him :) Any student of mine, and anywhere on the grounds works, though Idiosyncratic6 21:22, December 11, 2014 (UTC)~

Coliiiiiin? c: Hi. Okay, well, the rp between Amelia and Blake in the General section in Lune Bleue was archived so if you still wanna continue that, let me know? So I can do a separate heading *much easier tbh* Thanks. x

SO I saw on chat that you were planning on starting a new roleplay wiki and I really wanted to know if I could help! I would of said something on chat but I was AFK and I re-read all the posts (because I'm a stalker) and I would really like to help ^-^

Music is for everyone~

I saw your blog. :( We had a lot of great times together whether it was in PM or something we RPed. Enjoy life, ma friend, and take care!

He's been sorted into Gyrffindor! :D

Semi? I'm planning on becoming much more active this summer if you're interested in possibly maybe RPing and brainstorming storylines? AND DOES THIS MEAN YOU'ŔE BACK? *squee* Idiosyncratic6 01:30, June 9, 2015 (UTC)

First off, I adore your talk bubbles. :) Second, I would love to roleplay with you sometime. Maybe Alrick and Julian Vandor at Hog's Head or something?

I'll only be on tomorrow from ten AM to midday and two PM to four PM my time. Got grounded... Sorry! - jayemalik'

she out camping, I believe, off the grid Internet-wise anyway. I'll look it over when I get the chance. Alex

Hey how are you?

So, would characters be working for the Daily Prophet? If so, I have someone who would work as a reporter.

Hey i was wondering if i could adopt Kelsey Espera. Thx

The people would know that it was a vampire attack. Jade is a suspect, but idk if the public would know that- you'd have to ask Ck. You can use File:Adelina.png for a victim photo if you like. It was done right by the entrance to the alley. Echostar★ 13:32, July 26, 2015 (UTC)

Look I did a thing! Is this America's Next Top Model?

I think this is a good summary of what we discussed: https://docs.google.com/document/d/1qSLtKoVYu0ldkfT2q6GD_c8LLK1A9_CBNvvBTROaZTo/edit?usp=sharing

GET YOUR BUTT BACK ON CHAT

Howdy,
So I have an idea for a Daily Prophet article. My Character Kedric is being released from Azkaban. He was expelled from Hogwarts for the use of Dark Magic and is highly suspected Dark Wizard. Just letting you know that reporters could have a field day with this :P

Kedric's father, Trey Woodhouse would be more than happy to talk to a reporter. Of course Kedric's father isn't a user's character, just an NPC. :P Kedric's Father would be scathing of his former son, and would talk about Kedric as his 'former son', as Kedric was disowned. He'd list every bad thing Kedric has done, how he was expelled. His interactions with Charity and Ash Prince. Leaving nothing out.

Been missing seeing you around. I have no cellphone anymore, but I'll email you and see what's up. I'd love to see you come back! Listen to your heart! Listen to the rain! Listen to the voices in your brain! ~ Lissy   02:26, November 30, 2015 (UTC)

Stumbled across one of your old locations, Grahm Mansion, and wondered what you might be up to these days. Hope you're well and happy, Alex

I had forgotten about this place. Stalked a couple of old friends and saw your name pop up. Whats up? Algamicagrat (Reply) 22:45, September 1, 2018 (UTC)

Retrieved from "https://dumbledoresarmyroleplay.fandom.com/wiki/User_talk:Colin687?oldid=983885"
Community content is available under CC-BY-SA unless otherwise noted.