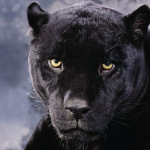 3,685 Edits since joining this wiki
July 4, 2013
0 Discussion posts
Welcome to Emerald Phoenix Talk Page!
Hello there {{{1}}} Welcome to Emerald Phoenix Talk Page! Please Leave a Owl (Message). Please Don't forget to start a new section with a header and remember to sign your post using four titles (~~) or the signature button. I will get back as soon as possible (ASAP). Thank you for Leaving an Owl (Message). Bye

This is precisely what it says, Emerald, training. Anyone can take it, as it does not make them an Animagus, it simply prepares them for what it would be like to function in a different form. In our version, until someone times the Serum at the end of the course, they do not acquire the Animagus ability. Alex

On a lighter note

What I meant, Emerald, was that it's good, like the 'standard werewolf package', to make sure there are clear drawbacks and vulnerabilities to being the panther, as well as advantages. It doesn't have to be silver, but there should be some uncommon but available substance that weakens the animal form. You don't have to take all of anyone else's interpretation, you can 'pick and mix'.

You said, for example, that you're going to give this to Adora, not her twin Sam, so it might be good to come up with an explanation why her and not him. It could be as simple as gender, but it could also be something more complex and evocative, like the power of names, or the exact constellation that was in the ascendant at the moment of birth,if there was a reasonable period of time between the two deliveries.

Also, how much does she need, at school or among her own people, to keep this a secret? How many people know? What would the wizarding public/local community reaction be? How do the historical communities where werepanthers appear view them, demons or guardians?

The richer you can make the backstory, and the more you understand it, then easier it will be to play her without it all being formulaic. Alex

As long as there are clear pros and cons to being a werepanther, and they largely balance out, then you're welcome to create your own backstory on how it happened.

At school, her Head of House would, for safety reasons, need to know, and she is also the Animagi Trainer, so problem solved. :D Alex

That's fine, Emerald, although,to me, it might play out better as an RP, having Adora tell Sarah personally. Alex

I'm just on with a lot of stuff simultaneously, Emerald. I posted as Jeriph at the Stone Circle, and I'll try to send the Owl from Sarah Norman to Adora, and put it in the comments on her char page, soon. Alex

The First task should be in about a week or so, and the Yule ball about 2 weeks about after.

The elf isn't mine. I have an elf, Warrior, but the one in the kitchen, Clarke isn't mine. You will need to talk to 221 "Not all who wander are lost!" -J.R.R. Tolkien

Hi Emerald!. Would you like to RP with me? Avalon and Alec? Or Adora and Marce

Estella Tyrell, Minister of Magic, has RELEASED Barant Black, ex-leader of the WHPS! The full facts as to why the Minister of Magic has done this are still not fully known, but evidence of letter's between Barant Black and herself suggest that she has been communicating with him for over four months! Get the full facts from the article that will be posted later today. ~ The Daily Prophet.

This is a notice that in a short time, I will be going through your files and tagging all your unused files for deletion. You still have at least one day more to go through your files and add your user category and put Category:Unused Not Deleted1 on the unused files you do want and Category:Candidates for deletion on the files you don't want. If you do this, please notify me on my talk page and I will not delete the ones you have tagged accordingly. Otherwise, you will soon receive another notification on my talk page with a list of files I have tagged for deletion, and you will have two weeks to respond before deletion.

I will have limited internet access until Tuesday, so you have until at least then to go through your images before me, and I would truly appreciate it if you did so! :)

Issue Eight from the Daily Prophet has been posted. Read about the full story of how Orion Tulen killed Oliver Planes and also how an employee at Madam Puddifoot's was fired over a small clover shaped tattoo on her hand. Read it here.
~ Daily

I'm deleting unused images. Because you are an active user, I'm giving you 2 weeks to respond before deletion.

Hi Emerald! I'm sorry that I haven't been on for a while. :( Anyway, for the RP we are doing, do you want to start up a new one in the Three Broomsticks to continue it? Or do you want to just end it where we are? Please reply with your thoughts\comments\suggestions. Thanks!

The Daily Prophet has just released Issue 9! Please be sure to comment in the bottom of the blog, RPing your chars' reactions to the article within the issue. Thanks, and enjoy!
~ Daily

Hi Emerald! Thanks for the owl. I will countinue the Three Broomsticks with you! :)

I'm sorry that we lost each other on chat. Mine froze, so I had to repoen it. I'm back on now.

Sure, all you have to do after reading an owl is write in {{Done|Read}}.

It's giving a number of problems, even to those who manage to get on. I'll try to talk to the other Bcrats about this soon. Alex

I was just planning to post on the Cave, but we can do it at the Hut if you prefer. Your call. :) Alex

Werewolf is more standard than were-panther, but she'll need access to the Wolfsbane Potion, and logically it will make Potions in general one of the most essential subjects for her. Again, she would need to inform both the Headmistress and her Head of House of her status. Alex

As we have defined it, the were-panther is essentially a variation of the Animagus form. Adora has control over, and selction of when to adopt, the panther shape. The werewolf, on the other hand, has a fixed role in the world of HP, as a mindless beast, at best to be suppressed, and with 'second class citizen' status, at least traditionally, among wand wielders. Which you prefer to play must be up to you. Alex

Retrieved from "https://dumbledoresarmyroleplay.fandom.com/wiki/User_talk:Emerald_Phoenix?oldid=484039"
Community content is available under CC-BY-SA unless otherwise noted.