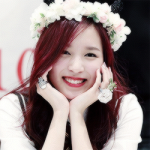 You can post first, I guess? As for where, maybe The Hmm Cafe? I suck at picking locations, sorry. :/ ✗ kay ✗

Hey Liv, I noticed that Brydis still has an apartment listed in the Magus Diaetam Apartments. Do you still use this character? Or can the apartment be deleted? This above all else...to thine own self be true. 18:25, July 18, 2015 (UTC)

Let's cause some trouble, ye?

A Nobis RP has been started.. don't think this will end well, but the sooner we have the first impressions over with, the better. :D - jayemalik'

So I was thinking about family history and how we could link it into actual history and I came up with this:

The noble house of Naryshkin has always been a magical one, and though it's made a lot of alliances with muggle houses in the past, a great effort was made to keep the main line pure. They became Tsars in 1672, the year after the great beauty Natalya Naryshkina married Alexei Mikhailovich of house Romanov, the reigning muggle Tsar. Natalya showed favour to her family by persuading her husband to relinquish power over magical Russia, which he didn't understand, and thus her brother Poluekt Naryshkin became the first magical Tsar.

Thoughts? I tried to make it revolve around Natalya Naryshkina bc she's awesome.

Kimi and Patricia are forming an Eos gathering in Hogsmeade! Post on Hogsmeade Grounds under the Eos heading :) Echostar★ 14:06, July 31, 2015 (UTC)

When are you usually on chat?

Okay I will see if I can get on chat the same time as you why didn't you add me to skype.

I'll try to get on during lunch? or snack? Idk. Chances are I'll get on during the bus ride back as well... eh, we'll see. xD Or this weekend. *shrug* - jayemalik'

Got bored, got desperate for rps, couldn't wait. tag, you're it. :D - jayemalik' 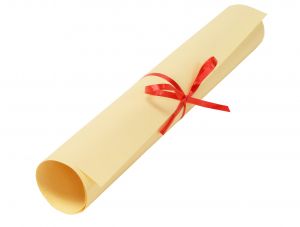 Hosted by Lance and Ivy

OOC: All your Eos chars are invited. Party will last Saturday-Saturday OOC so everyone has a chance to RP! This above all else...to thine own self be true. 16:02, September 26, 2015 (UTC)

Ngl, I'm always so bad at replying to talk messages so sorry this took a while xD

Come back~ D: I was literally just about to PM you. - jayemalik'

Weren't you asking me to RP earlier? Like last year earlier? But, I'm up for one, if you want to now. All of my characters are Here. So, just let me know where and who.

Train yourself to let go of everything you fear to lose

Works for me. Where?

Train yourself to let go of everything you fear to lose

How much have you two planned of it? :o

Hey! I was wondering if you still actively use your character, Joel Björklund? I want to use Dylan O'Brien as a model for one of my upcoming characters, so I checked the new taken models list and he wasn't on there. Just to be sure, I then checked the old list and saw that you are currently using him as a model. So I guess what I'm asking is if you are planning on using him in the future. If you aren't, is it possible I could use Dylan O'Brien? If you are, it's fine, just let me know. Thanks!

Stranger things are starting to begin...

Things are taking a turn for the worse...

Hiiii! I have difficulty with Korean names, so I didn't get around to noticing this immediately.

Chase/Lopez/Kookie is using Jeon Jungkook, and you have him reserved. I'm not sure if you guys talked about sharing because PMs are what they are - private - and I just wanted to check. ^^" Sorry to bother you. Have a good day!

Feel free to ignore this. I'm not retracting the "have a good day!" part though! :3

Due to inactivity, Joel Björklund has been evicted from his Magus Diaetam apartment. If you return to us, he can get his apartment back, it just might not be the same letter. :) This above all else...to thine own self be true. 20:14, April 18, 2016 (UTC)

Retrieved from "https://dumbledoresarmyroleplay.fandom.com/wiki/User_talk:LiviaTheEmperess?oldid=735247"
Community content is available under CC-BY-SA unless otherwise noted.