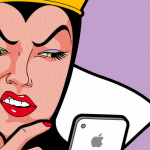 aka The Mad Hatter

Ayy, how're you? :D I was wondering if you were possibly up for a roleplay, maybe? :)

Hey. I meant to ask over the weekend, but I kept getting caught up with stuff. Anyways, I was wondering if you were up for roleplaying? Possibly Teraline, although I'm cool with anything?

Does North Side Diagon Alley sound alright? (I might have to archive it though, I should probably check...) And, I can post first? :)

Isn't he working at Lil Bundles for summer? Or was that just last summer?

After all of this damn time, I'm finally watching Legend today, like it took so much convincing to get them to let me watch it, I was like living off of movie clips. :P I don't even know why I'm sending this, but OMG FINALLY, it only took like forever. xD

And Coraline is Head Girl, whoop! :P I was wondering if you wanted to roleplay Teraline on the train, maybe? :D

Ayy! I can't make it on chat, because I'm on my phone, and it just sucks. :P Anyways, I was wondering if you were up for roleplaying them now? :)

my internet connection is like kiLLiNg me like it keeps on randomly disappearing and now it's 11:30 and my parents are making me sleep bc i was sick today SIGGGHH no but seriously i really wanna RP (maybe jack and bri?) and just post somewhere and i wiLL FOLLOW I LOVE U A LOT NIIIGH LittleRedCrazyHood 15:26, April 27, 2016 (UTC)

Hey, I don't know if you have to many going on or not, but I was wondering if you wanted to RP possibly?? (Also, Rae looks great. :P)

Hey~ :3 Awww, thanks! Yep, I don't think we ever have RPed. xD Maybe we could once I get XYZ sorted and stuff?

I just need to redesign her bubble when I get home from school and rehearsal, but I guess it works for now, so I'm down to RP when you are? :D

Since sometimes I don't get notifications when people just edit the headings, I'm going to just play it safe and guess that's what happened...but I fixed everything but the colors by now, I need to find a good color palette still. (sigh) I'm totally down to RP soon though, since I have two computer periods and a lunch after that. :P

If you're still on, I'm down. I have a history lecture for about thirty minutes though. So, if you could post first, that would be great! :D

Just wondering if you want to rp? :D

Sounds like a good pairing to me :) Would you like me to start it now or you could and owl me the location. Either way works for me.

I started it at The Room of Requirement, if you don't mind.

I'm so tired...I can barely function, so I'm going to try not to ramble, but I tend to when I can't totally think straight (which explains why I'm always rambling, because ay never straight (I'm actually done with myself right now)). Anyways, when/if you want to RP Teraline at the ball, let me know, and then one of us can start it, just yeah, let me know, should be open whenever I'm not sleeping/celebrating my birthday (my parents insist I have to celebrate it tomorrow/today, bleh). :D Anyways, have a nice day, hope it is wonderful and full of happiness.

Of course! And no worries, I tend to get distracted by school and personal life issues as well :P But we can rp with Grey and Cedrica again or try a new pairing, either works for me. If you'd prefer to rp a new pairing we could try something like

there's a few ideas, but if you have something else in mind that works too :3 I'm fine with anything honestly, just whatever you'd prefer :D

Sounds good to me! I went ahead and started them at the Grand Staircase Tower/Seventh Floor if you don't mind :)

For Bronwen, because nostalgia

Hello to you too! Unfortunately we have not RPed. Not properly (We did have Harpies teammates once upon a time). Thanks for the compliment, I appreciate the stalking. Your characters are amazing too! I would certainly love to RP with you! I would be happy to start us off sometime.

"It's a beautiful night, and we're looking for something dumb to do~"

Hey! It's really weird because I was just about to ask you for an rp XD Was there anyone you wanted to rp? We haven't done Jack and Jill in a while if you wanted to do that? I'm cool with whatever though :D

"I ran looking at the blue sky, I wanted to fly like that airplane."

I was wondering if you would like to RP, maybe? :D Possibly Teraline orrr Rae/Dakota (for something new, you know, to mix it up a bit or something, I don't know xD)?? :)

Does Flourish and Blotts sound okay?

Yes, and no. Yes, we did talk about RPing, but no we never did start one. I blame me, just so you know. Too bad your owl came at an inopportune time, I was literally nowhere near the computer. We can still start something if there was anyone in particular you wanted to RP with.

Sure!! We could do Rae and Eli again, or try something new if you had something else in mind. I'm honestly fine with anything :)

Hiii! So, it may be a while until Soc and I can get the RP finished, so maybe when you're next on, we can do Rhian/Blake? C: Let me know! Thanks!

We've got to talk soon. It's sort of important. x

I thought you forgot.

My little orio's a first year. Also I think I might love to RP him with her. Is here okay? And do you want the first post?

Excuse me for being embarrassed but I just got the personality portion of Katelynn's page. I have a puzzle girl here who also happens to be in Ravenclaw. Maybe they could play dominos? Ignore that if you want. I thought it was funny.

You are so silly, and wonderful. I did not mean right now. That was future thing I was trying to make sure you had at least some interest in.

Sure! Any pairings in mind/characters you'd like to use?

Ciaran/Katelynn works. Any place you had in mind?

Omg I didn't even realize you were using Odeya Rush as your model for Katelynn since it wasn't on the User Model Registration List and I went and made an expansion character using her as a model here. Since you were using pictures of her when she was younger and I wasn't I didn't even notice you were already using her xD I can go ahead and change her model if you'd like, but I was hoping you'd be up for sharing her? Catalina is only an expansion character so she'll be gone after the expansion ends and I'd be rping her as an adult rather than a student like Katelynn. I 100% understand if you'd like me to change it, however :)

So, I was wondering if I could use your character page template? It's probably one of the best ones on here for quick editing in the long range. Umm... yeah. Hope everything's good on your end, and I hope to see you on here soon! Train yourself to let go of everything you fear to lose

I have something to tell you...

Ellie, I had transferred your trivia box over to my sandbox without permission, and I wish to apologize. I thought the permission you gave me earlier, when I first started on here, still worked even with the masterlist now, but I found out that I had to ask new permission. I apologize and know that it won't happen again. Train yourself to let go of everything you fear to lose

I've cleared off everything from my sandbox that I didn't ask permission for... Sorry again. Train yourself to let go of everything you fear to lose

Is that a ask-before-use type deal? Or did I take an extra step? I ask because it was lifted off of me by Frost. I also don't know if you and her had an agreement and I'm just causing a problem where there isn't one xD.
"It's a glorious thing to be a Pirate King," Talk 04:48, August 27, 2016 (UTC)

Something for your attention

But something was brought to my attention (something you might actually be aware of?) and I thought it warranted a conversation. :) Nothing too pressing, and you aren't in trouble, if that helps. :P Hopefully we'll cross paths in chat sometime this weekend.

Just so you know

You are missed. Alex

Retrieved from "https://dumbledoresarmyroleplay.fandom.com/wiki/User_talk:Luctor_Et_Emergo?oldid=821476"
Community content is available under CC-BY-SA unless otherwise noted.