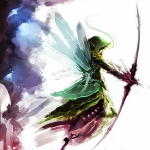 i noticed that your sandbox, characters, and userpage are in my category?? idk why and i'll try to get to the bottom of this but can you pls remove it? thanks xD

Actually it's not weird that you don't remember it, they argued like once and that was all the interaction between them, tbh. I just felt like stretching it a bit so we could have some drama if you dn't mind. I was in desperate need of sweet, sweet drama

Ferlen absolutely remembers her...and that at the end of her career she was convicted of working with the Black Parade and feeding it information from the highest levels of the Ministry. She also got a life sentence in Azkaban...hopefully she has good answers for that because when he finds out she'd free and working in the Ministry...he's going to come with question. :D

Consider this the warning of a lifetime!

Whenever you are ready to initiate the roleplay, please message Frost!

Bia never pushed anyone away; she was only at Hogwarts for like half a year before moving into homeschooling because she didn't like her year's toxic environment. :> - jayemalik'

Unfortunately, I won't be able to extend an offer to you at this time. As we discussed, I will keep your application on file, and should the Holding Cells Supervisor position become open to you, I will let you know.

Hey! Kindly add at least the personality/history to his page before rping him further! Thank you!

So firstly I'm really sorry it took me so long to reply, I was working till late yesterday and went straight to bed when I got in so I only got the chance to look at your messages today. Secondly, well I want to apologise. I didn't realise any of the messages I'd sent to you were mean or worded in a way that would make you feel like I was treating you badly. I didn't intend them that way, I genuinely really like you liss. When I brought the complaint to your attention I was just trying to do job I knew you were trying to fix how people understood you and I applaud you for that because it's not an easy thing to do. What I'm trying to say (besides that I'm really really sorry) is that if in the future I do say something that makes you feel rubbish I'd rather you said to me at the time so we can work it out and maybe it won't make you do unhappy again, Again I'm really sorry. I am here , I am with you

Omgosh yes how can I forget, you hvae like the prettiest page I've seen lmao

You can have her tbh, I was gonna leave anyways, I just didn't technically remove myself. I can edit out my name on the UMR and you can take her!

Mr. Maas,
Congratulations! I am pleased to inform you that you will be Slytherin's Quidditch Captain this term. Should you have any questions or concerns, please feel free to stop by my office. Your badge and a full list of your responsibilities and privileges is enclosed.
Professor Nora Déonté
Head of Slytherin

Thanks for welcoming me to DARP c: ! Anyways I appreciate it :D

-I’m actually an old user coming back but (curse my bad memory) I forgot everything about it! I didn’t pay a lot of attention to DARP beforehand, but now it’s starting to get interesting for me! C: I don’t mind being new again though, because a fresh beginning could probably help me too.

-I have RPed before on other wikis (like the CHBRP wiki) and on this wiki and I enjoy it very much! Anybody is welcome to come ask me for a RP c: I’ve been doing this for idk a few months?

-I generally like to read and draw. And play games but hoping I can catch up with my homework. C:

-I don’t have any preferred pronouns so Pickles is fine.

-I would like to say thanks to all the users who welcomed me to DARP! It was totally out of their way but they still did it c: and I <3 this wiki now partly because of you guys <3 and anyone is welcome to RP with me, just shoot me an owl or a message on discord! <3

That’s all I have to say, I hope it’s enough hot tea for your newspaper :3 if you need any help I’ll be delighted to help out!

Thanks for the warm welcome! My gratitude cannot be described in words >v<

-Don't disrupt my pickle cats, don't break the pickle jars. But never, ever eat the pickles.- You sure you didn't eat them, buddy?

hi! thanks for welcoming me to the wiki >.<

here’s some facts you can write about me in the newspaper, i hope it helps you! :)

-people calling me Toxic or my preferred name Charlotte or Charly would be fine c:

-i have RPed before (with my sister oh my god she’s pickles) in the CHBRP wiki and here and I like it very much.

-my preferred pronouns are she and her ;-; im a girl lol

-i would like to firsthand say a thanks to Ildsjel because she welcomed me to the wiki even though she didn’t need to :) also congrats on being the new admin lately!

-i would also like to say thank you to anyone who’s been really nice to me even though i was new and you didn’t really have to do that (but seriously it’s appreciated) and also i would be less active because i have some assessments coming up soon :p so sorry if i suddenly stopped RPing with you!! xd

if this isn’t enough stuff then let me know :)

Sometimes in life, you need a splash of toxicness, and your life shall be complete. Send an owl/IM!

I didn't know that you were going through a divorce or whatever, I'm so sorry, Lissy. I actually am for my actions towards you, I know that you'll likely likely never forgive me, which is your right actually, because I acted like a huge brat for some fucking petty reason, like a small brainless child. I know that others will not either, but I don't hate you Lissy, I don't hate anyone on DARP because hatred is such a HUGE emontion, you know, and I don't feel this towards you.

I hope that your life at home gets better, because as a former kid who had her parents spilt, I know how challenging it can be to one's life actually.

I just hope that, that someday, that you'll forgive me, because international moves aren't something that are to be joked about, and I threw you under the buss like some fucker. I also firmly believe that you should post in the Therapy thread, because It's your right, my actions shouldn't stop you. You know what, nobody should stop you from doing the shit that you want to do, and as someone who hasn't had the greatest of time on the interent (such as me throwing fits because of anxiety, as you've seen), you should just ingore me honestly. I say shit I don't mean all the time, but do I mean it? No. People online can be real jerks, I'd know, I'm one of said jerks honestly.

But anyhow, I do actually respect you, but I believe, in your case, I misjuided you. I believe (not forcing anything on you) that you are actually great Lissy, a great person, and I'm sorry for causing you emontional distress on Discord, emontional distress you didn't deserve in all honesty. I think, that with me, I misjudge people's intentions on discord, becuase I can't see people's faces and hear their tones, lol.

Hopefully, things get better for you, legit in rl, so that you can go back to being amazing.

I beseech thee to come into chat. Ildsjel (talk)

...gonna be the one to start the RP? I was waiting for you, y'hoe. Ildsjel (talk)

if alistair stops being a lil hoe, then si. Ildsjel (talk)

Also I was thinking Saeth le Fey and Karina Nordskov could be fun? They might really irritate one another or actually be decent friends. Bond_em7 (Owl Me) 12:54, July 12, 2019 (UTC)

Mr. Windsor,
I regret to inform you that you will not be Slytherin's Boys' Prefect for this term. Please do apply again next term if you are still interested in the position.
Professor Nora Déonté
Head of Slytherin 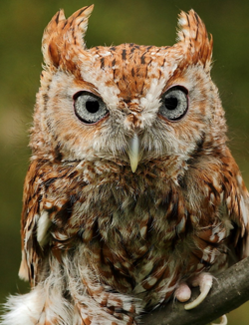 An envelope would fall neatly into their lap, sealed with an Irish green Habsburg stamp to signal that it was sent by Siobhan. The message inside was simple and to the point;

"Please be in attendance at a gathering at the new ballroom hall location - it isn't something to be missed!".

Hi there! As it has been over four months since you reserved the following models, they have been removed. Please refrain from reserving them again for one month.

Miss Nebuliss! It's been so long! I was just dropping by to let you know I requested you in Discord, just in case you see someone with a weird name and wonder who it is. Can't wait to talk to you!

Please can my model be Francisco Lachowski?

Retrieved from "https://dumbledoresarmyroleplay.fandom.com/wiki/User_talk:Nebuliss?oldid=1091820"
Community content is available under CC-BY-SA unless otherwise noted.