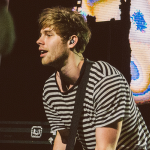 Tori/Esme RP? :) Not sure how much they have in common, but hey! I'm sure it's alright for two students to bump into each other. xD

p.s. how would you feel about a collaboration? :)

Yes & no. xD I have an idea for the collab (which I'd rather talk of in chat tbh), but not for the RP. Think you can find some place and start it, please? If you can't, it's fine! :)

I know I saw you on chat a couple days ago, but I feel like it's very "long time no see" regardless. I hope everything is going good. :D I was wondering if you were maybe down for an RP? I'm cool with anybody. :)

I would love to do either sometime, but I feel more inclined towards Imogen/Kade at the moment. :D Where do you think would be a good location for them??

It's good, I can start it. :D Thanks for picking out the location. :)

Any chance I could beg you for a RP between one of your characters and One of Mine new ones? Thanks~ Train yourself to let go of everything you fear to lose

Just wondering if you wanted to rp. If yes, I've got two chars that are in the same year as your three student chars, 5th year one is Jarryd Summers and 6th is Peter Summers

You can't fix me. I'm unbreakable. .The Jam Man.

Hi! I'd love to RP Max and Esmé. However, I'm kind of doing some errands right now so is it okay if you pick the location and post first? Sorry! c:

"You need me to survive. Which is why you're not letting me go." Migs

Since you've been gone for a while, I'm allowed to just reserve Amber Heard...but I'm also wanting to say that if you end up not wanting to share her when you return, then I understand and I'll remove her. She'll be used for Keeva Carroll, who is pretty much just an inactive character who I wanted to update the faceclaim for and possibly roleplay some in the future. :) Other than that, I hope you're doing well. I haven't seen you around these past few months, which is sad. :(

- i'm spookier than your future.

hey, you're alive! how are you? quite frankly, i thought you were gone, which was upsetting. anyways, yeah, definitely! :) any pair in specific you wanna do?

i'm glad you're back now, seriously. i've missed you. :P as for the roleplay, yeah, they work. i'll go ahead and pick somewhere to start. :)

i chose Madame Malkin's Robes For All Occasions btw c:

Of course! The Trolley, perhaps? (Or if you think he would be the one to go slipping about the other compartments, we could do the Hufflepuff House Carriage, but that's up to you.)

I'd love to roleplay. Anyone in particular you want to use?

I would love to RP! :D Anyone that you really want to use? :)

That pair sounds good! Want to pick a spot to do them and let me know where? :)

I had seen that you came back but you didn't ask me to RP and... well, I can't say I felt hurt bc it's not true, but I thought you forgot about me :P Anyway, do you wanna RP?

Like a Satellite, I'm in Orbit all the Way Around You ~Sophie

I sort of really wanna see what his dynamic with Aileadh Armstrong would be. It's ok if you'd rather choose another of my characters for this RP, though! :) Up to you. As for our other RP, I can't post at the moment (I'm on mobile), but I will ASAP! :)

Hello! I noticed that I have a lot of Support Aurors currently. Even though there hasn't been a lot in terms of an RP plotline to be RPed out, Support Aurors still would've been handling minor cases and such.

Do you still have Teddy Blanchard as a character? If so, do you still want him to be an Auror? And if so, which division would he prefer-- Intelligence or Dark Wizard Catcher?

If you could get back to me by midnight, April 30th UTC, that would be great! If I don't hear back, I'll just take your character off the list.

are you okay? you left the other day for school, and never came back around. i'm a little worried. i mean, i hope everything's okay... but yeah. just owl me when you can? we still do have to talk, after all. :)

I was wondering if it would be okay for us to share Luca Hollestelle??

Since you haven't edited in over six weeks, according to the policies, I can officially snag Luca Hollestelle. If you come back, owl me and we can sort something out. Thank you!

Retrieved from "https://dumbledoresarmyroleplay.fandom.com/wiki/User_talk:ThatBloodyMuggle?oldid=876369"
Community content is available under CC-BY-SA unless otherwise noted.