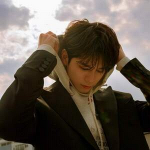 aka A WELO b- friend

rp with me u coward

befoRE I GET BANNED ft i went with mateo and rain

An owl would fly towards Noah, once in front of the male a letter was dropped and the owl flew away seconds later. The deposited letter said the following;

"Dear Mister Hyun,
It is with great honour that I present to you enclosed in this envelope the Head Boy badge and guidelines. I expect you will do great things given this title and I know you wont let me down. If you don't yet know your female counterpart, Miss Bangoura, I would like the two of you to get to know each other as you will be working closely with one another this year. Good luck and as always if you have any questions whatsoever, my office door is always open.

Brocky The Heart may be leaving right now, but it's not gone it's still beating full of love. ❤ 12,154

A small, black owl flew towards Kōnosuke before landing dropping a small letter onto his plate of food before flying away. Inside the envelope was both a chocolate frog (within its packaging), a letter with small, cursive handwriting that some might find it difficult to decipher and the captain's badge.

Whilst your speech might have been rather short and, for lack of better words, lacking, I have decided to entrust with you the Hufflepuff quidditch team for this year. Though I do have to trust you on your word that you do have experience playing, I am sure you will be able to do your absolute best to make this team a formidable one. Only a few short years ago, our house won the cup and I do hope that under you, we can finally return the cup to Hufflepuff.

On another note, welcome to Hogwarts and I hope you fully enjoy the experience that Hogwarts has to offer you, including Quidditch. I look forward to meeting you and getting to know you. If you need anything, do come find me and I will be happy to help you as much as I can. Remember to look out for all of those around you and that be mindful that your actions and behaviour will be expected to meet a certain standard. You will be a significant influence to a large portion of our house, even others, and so people will be looking up to you to lead them into victory.

Good luck with both the team and your education! I'm sure your team mates will welcome you with open arms and help you wherever needed.

Mr. Andrada,
While your ambition is appreciated, you will not be Slytherin prefect or Quidditch Captain this term. You're welcome to apply again next term, but I suggest you conduct yourself more professionally if you genuinely desire the position.
Professor Nora Déonté
Head of Slytherin

yEeT yOU fOuNd mY eAsTer EgG

i don't mind if the replies are slow; im a slow one too c:

Sometimes in life, you need a splash of toxicness, and your life shall be complete. Send an owl/IM!

No, the rings are given to the Head Boy and Girl each year regardless (though most choose not to RP with them). If you would like to RP gaining the ring or RP with it I'd be more than happy to do so. Just let me know and I'll post in the Head Dormitories. Bond_em7 (Owl Me) 12:07, May 6, 2019 (UTC)

So I don't have specific groups I stan. I listen to all the groups and I think I heard some of stray kid's songs before.

Yea, I've heard of mamamoo's songs before. They have great songs.

Anyways hi thanks for the warm welcome.

I've learned a lot from my mistakes, I'm thinking of making a few more.

my second edit goes to you. love you lots xx

are you sure it's okay to link that here? xo

i finally posted. i know it's super late and i'm so sorry for that :(

syou call me sweet like I'm some kind of cheeses

"Congrats, you made it to the quidditch team as a beater! Now let's go kick some butt."

I know we like never talk but I'm gonna miss you! I did want to know what happened to all your peeps, if thats okay ;(

come back u rake

i wanted to be creative and think of something new or clever but im not so i just did .02 because it was my second account

but, dear me, let us be elegant or die.

With the expansion ending Luis is getting fired (and possibly a trial or investigation into his conduct/behavior while under the Minister...but I'll let AI Dept. figure that out). Bond_em7 (Owl Me) 12:19, November 1, 2019 (UTC)

Can I ask why we have a fifteen year old character in Azkaban with a twenty year long sentence for manslaughter? Thanks! Bond_em7 (Owl Me) 13:52, November 12, 2019 (UTC)

Ah...fair enough. From his page I assumed he was still underage which would change things. Since he's seventeen yeah, that works. I honestly don't think he'd be in there more than 5 years since it was accidental but I'll leave that decision up to you since he's your character.

The only reason I ask is there's been a lot of IC controversy over Azkaban and such with what happened during the expansion so IC I'm just watching everything happening with Azkaban more closely. Bond_em7 (Owl Me) 19:12, November 12, 2019 (UTC)

thank you for the welcome, sir! warms my heart to see it. and im glad you find delight in it. are you majoring in clownology? i heard it's a riveting major. the elephants get antsy after a semester or two, though.

“Don't stop to think, what's so hard about this?”

do u still want me to code ur userpage LMAOO

you were obviously a sushi date smh get it right

also stop bulling me on wikia. I KNOW WHAT YOU WERE REFERRING TO ERJKGLENGTLJ

So I noticed you made a club called Dementor's Kiss and I'M LIVING FOR IT. I have a proposition for a burlesque dancer that I have in the works if you'd like to have one scheduled in part or full time? Her name is Jezebella Voll-Capone and she hot. 👀🍑

I'm definitely down for some managerial power for her. ❤

Is it possible to share Marcel Ruiz? I'm trying to find a good faceclaim for Ignazio (Harold Colombo and Alexandrine Himmelreich's kid), and he could potentially pass for an Italian.

"Smooth seas have never made for skilled sailors." Talk

Jake Cannavale is just a tad too old for Ignazio xD (He's gonna be a first year next term). But don't sweat it - I'll find another one.

"Smooth seas have never made for skilled sailors." Talk

I already responded and that conversation was over, I see no reason to re-hash it unless you're deliberately looking to start arguments!

Have a lovely evening x

You're not my moral compass - so you don't get to hold me accountable. You also have my discord - remember, the one you used last time to lambast me for stating my opinions on main on behalf of several users. I also put my discord code on my userpage, which you obviously read since you felt the moral imperative to owl me. Why didn't you message me there, instead of doing this publicly? It does beg the question of accountability v argument.

I really don't have the energy to do this on public domains, it's really not cute. So again, have a lovely evening, you have my discord if you really want to message. But please, please stop harassing me, I have done literally nothing to you.

Retrieved from "https://dumbledoresarmyroleplay.fandom.com/wiki/User_talk:Zany_Knave?oldid=1090191"
Community content is available under CC-BY-SA unless otherwise noted.