"One of the things I love about my life: I was born on Valentine's Day. My dad was taking my mom out on a romantic date when her water broke. I was a really 'active' kid growing up. I'd always run around the house causing magical accidents here and there. My dad, Dominic, died when I was three from a sudden aneurysm, and my mom was a muggle left with a half-blood baby. She had absolutely no idea what to do with me. I'd always end up getting lost whenever we go out, and she'd look around for me not knowing I had changed my appearance and had no idea how to change it back. Oops.

"Oh yeah! Almost forgot to mention, I'm a metamorphmagus. I think I fully understood my powers when I was eight or so, because of some old books of my dad in the attic. I remember trying to go to school with my hair pink and my mom telling me to change it back. I really loved staying in the attic of my house when I was younger. When I was seven, I decided it was too dusty and cleaned it up, hung some blankets and declared it my personal fortress. I found a violin in there when I was nine, and my mom, a skilled violinist, was so excited she herself began to teach me. She claims I can sing but I believe I sound like a dying cat.

"In first year, I attended all the mandatory classes, expecting to enjoy the magical ones like Charms and Potions. I ended up hating both. Astronomy surprisingly became my favorite subject; I was the only one in the entire year who liked waking up in the dead of night to attend class. Everyone started to call me Starry because I liked the subject so much. It's such a cute nickname, don't you think? I carried it until graduation, because Vivian is a beautiful name and I'm fine with using it.

"I became best friends with Hayley Vaylenworth in second year after being assigned to work together in a Herbology project. She's the nicest girl, but unfortunately she passed away recently in the War of Duxterra. In fifth year, I met Marsye LeClerc who had just transferred from Beauxbatons. She had (and has) the most wonderful personality, and the three of us instantly clicked. I also became Ravenclaw co-captain in fifth year, so to say the least it was one of the best years of my life. I played as Keeper, and was promoted to captain for my sixth year at Hogwarts, but gave up the position in my seventh to focus on NEWTs.

"Did I mention Marsye has a brother? Maurice. We never really talked actually, all I knew about him was that he was Marsye's little brother (but he thinks he's older, ugh I wasn't supposed to tell you that) and his best friend was Bryan Smith, another boy in our year, who also happened to be Marsye's boyfriend. He's okay, I guess. (Just kidding! Bry's one of the best people in the history of ever.) All five of us would hang out, and I think that at some point I gloated that Ravenclaw won the latest match and we got into an intense fight about Quidditch. Of course, the start of a beautiful friendship. He was a bit of a ladies' man at Hogwarts first, so when he asked me to go to Hogsmeade with him in sixth year with Marsye in the room, she responded with a "NOT MY BEST FRIEND!" before I could say yes, which I did. Anyway, Bryan and Marsye ended up having a double wedding with Mau and I (we're so the cuter couple) and now we live in LeClerc Maison with them, their darling son: Beau and of course, Mau and Marsye's evil parents who most probably hate Bry and I with a burning passion.

"I worked in the Auror Office for a couple of years until now, as I currently work as one of the Minister's Bodyguards along with the teddy bear."

Viv is bright, bubbly, and talkative most of the time, trying to be a positive point in a war-ridden, negative world. As an Auror, however, sometimes she has to show her serious side and is quite good at it. She enjoys painting and playing the violin. 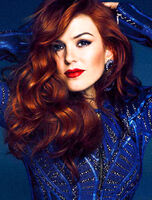 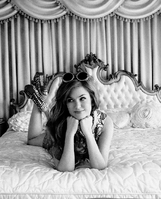 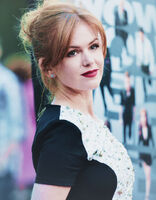 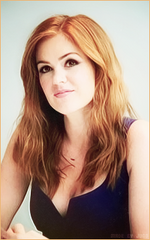 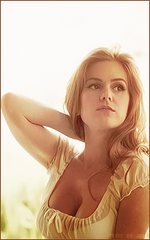 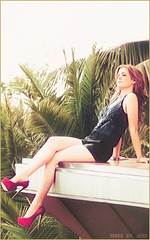 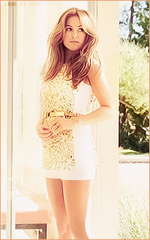 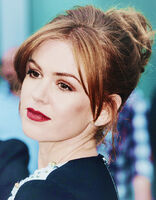 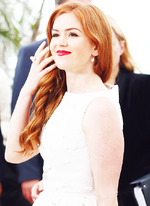 Retrieved from "https://dumbledoresarmyroleplay.fandom.com/wiki/Vivian_LeClerc?oldid=359608"
Community content is available under CC-BY-SA unless otherwise noted.