Vivian Chung is role-played by Sophia.

WeiAn "Vivian" Chung is a Ravenclaw graduate and currently does not work.

Vivian, or as she was originally named, WeiAn, was born to two half-blood wizards, one being Chinese, the other being American. She was born in Nanjing, China. Initially, she studied among Muggles, in a Chinese school. However, just before Vivian turned 6, her parents broke up, and she went to live with her uncle in Mongolia. That stay was short-lived, since four months later, her uncle was sent to prison.

But her uncle sent her abroad to her grandpa, who lived in Greece. There, her Grandpa told her about the fact that she is magical. Vivian was startled at first, but then learnt the truth of it. One burning of her house later, Vivian and her Grandpa moved to England, where her Grandpa advised her to go to Hogwarts, when she was old enough.

Two years later. Vivian was in Hogwarts. Her first year wasn't much of a talk story. Boring as usually was. Second year, she got a boyfriend. And she ended up cheating on him just before the end of the year. Third, fourth and fifth year were all the same. Vivian did at one point end up cramming to pass her O.W.Ls. Sixth year got a little interesting, after she pranked a teacher and ended up laughing so bad. Seventh year. Vivian crammed again. Result? She somehow managed to get at least an E in most subjects and a couple O's.

Today, Vivian is just another average person. No work. No nothing. Just looking for work..

Vivian is somewhat of a confusing person. She can be kind or she can be really mean. Most of the time she is a sweet person, but if someone goes the wrong way with her... she might get serious. Not as in fighting or whatever.

She is fine with anyone as long as they are fine with her. If someone is not fine with her, she will simply ignore it and move on.

Vivian has next to no tolerance for failure. However, she can make exceptions.

Vivian can imagine beyond her wildest dreams. If something isn't right, she will usually be the first with a great idea.

Vivian's wand is a Apple Wand, with Unicorn Hair Core, 11 inches. Apple wands are powerful and best suited to an owner of high aims and ideals, as this wood mixes poorly with Dark Arts. It is said that the possessor of an apple wand will be well-loved and long-lived, an assertion supported by the fact that Garrick Ollivander often met customers of great personal charm to find their perfect match in an applewood wand (Taken from Apple (tree)) 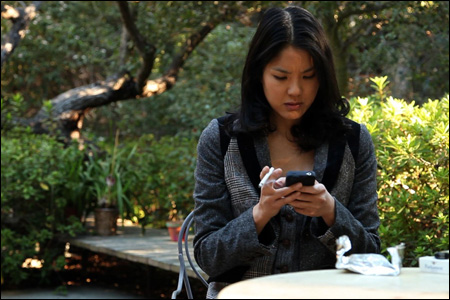 Retrieved from "https://dumbledoresarmyroleplay.fandom.com/wiki/WeiAn_Chung?oldid=1020437"
Community content is available under CC-BY-SA unless otherwise noted.