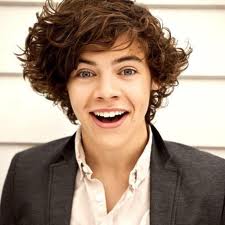 Wesley Parks is a human wizard, and had transfered to Hogwarts for his fifth year of studies. He completed his seventh and final year as Head Boy. Wesley is a muggle-born wizard who tends to be on the quieter side but always has the best intentions. He is really into music and knows how to play the guitar and piano.

Wesley was the first child born to parents Darren and Lucy Parks in a small, country town, in Ontario, Canada. His father was a high-school science teacher and his mother quit her job as a medical secretary to stay home and raise their family. They had a small hobby farm and rented out the excess land to local farmers. When Wesley was 5, his little sister Madeline was born. Wesley grew up just like every other child. He played sports, took music lessons and spent time with family and friends. Wesley showed a few signs of magic when he was young but none were noticed by his parents. He attended Muggle school until age 11 when he received a letter explaining his ability. His parents were ecstatic about his powers and made all the arrangements for him to attend Hogwarts, the best ranked school, that fall. Unfortunately his parents were killed in a tragic car accident, a few weeks after his birthday. Wesley and his sister moved to live with their aunt Anna, in Toronto. His aunt was busy with work most of the time, so Wesley kept his sister entertained for most of the summer. They kept there family farm as a vacation home, but Wesley has only visited it once since his parents death. In the fall, Wesley didn't want to travel all the way to England for school, so ended up attending a Canadian Institute to be closer to his sister. When it was time to take his OWLs, Wesley transfered to Hogwarts, to get the best education he can while still practicing music.

Wesley loved Hogwarts. He excelled in his classes, (earning NEWTS in DADA, Herbology, Potions, Charms, Transfiguration, and History of Magic), and was selected as Head Boy for his seventh year. Once starting his term as Head Boy, it was announced the Triwizard Tournament would be once again held at Hogwarts and Wesley was selected to be one of the Hogwarts Champions by the Goblet. Though he did not win the tournament, Wesley appreciated the learning experience.
Now as a graduate of Hogwarts, Wesley has chosen to continue living in the United Kingdom, London to be exact. He applied for a position in the Portkey office where his Charms skills could be used, but upon hearing no response, Wesley finally gathered the courage to apply for the Auror Office. He was accepted and will soon undergo training to be a full time Auror.

Wesley's relationships with other characters can be found here! 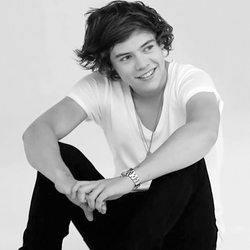 Retrieved from "https://dumbledoresarmyroleplay.fandom.com/wiki/Wesley_Parks?oldid=420983"
Community content is available under CC-BY-SA unless otherwise noted.