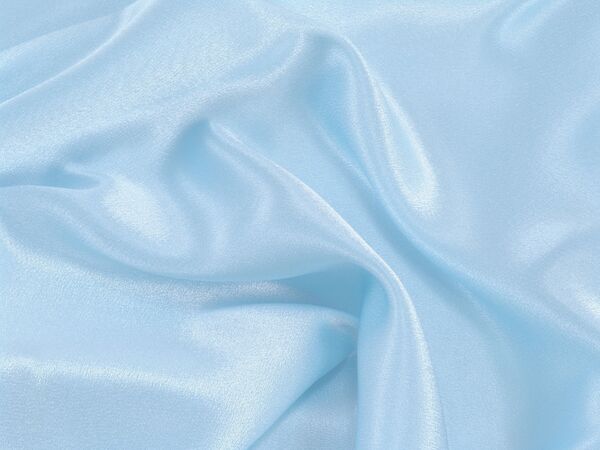 winston wolf, sr. @winstolf Follows you A slap to the face is an insult - to the back of the head is a wake-up call

Winston Wolf is the son of Leonard and Katherine Wolf née Stevens. Leonard was an United States Air Force Officer stationed at RAF Croughton in the United Kingdom. Katherine was a ministry employee at the time, not living too far from the RAF base. The couple met one day at a muggle cafe when they sat together due to the place being too crowded. They hit off very well, and one thing lead to another, and Leonard asked her if he would ever see her again. Katherine told him he would see her Friday at 6 o'clock before writing her address down for him, winking and leaving. Their date went very well and they started starting. About a year into their relationship, the unthinkable happened - Leonard was recalled back to the States. Katherine didn't want him to leave her, so she told Leonard in no uncertain terms that she would be moving back to the States with him. Leonard proposed right there on the spot with an onion ring, promising to get her a proper engagement ring the very next day.

And so the couple moved back to the United States, getting married on Christmas of 2008. Two years later, on February 27 of 2010, they had their first child, a boy named Winston. Three years after that, on May 8, 2013, they had their second child, a girl named Gwenevere.

Winston was always very close to his father growing up. Leonard would take Winston camping, he coached Winston's T-Ball team, was his Cub Scout den leader. Young Winston idolized his father, and wanted to be just like him when he was growing up. So, when the news came that Leonard was being deployed to Iraq, Winston didn't take the news very well. The young seven-year old became very depressed and drew himself into a shell, no longer hanging out with his friends or fellow Cub Scouts. In fact, he just stopped going to the meetings. Eventually he was coaxed out of it, but it took about six months for him to get over it. For six months, the family lived in at least some sort of normalcy, but six months later, in the summer after second grade, the news came down that Leonard's plane had been shot down. He had been killed. That's when his first magical sign occurred - he lit the piece of paper that told them the news on fire.

Winston's depression came back in full force and this time he didn't shake it off for two years this time. He didn't have any help coaxing himself out of it this time though, because his friends had given up on him this time. He had to shake the funk off himself, and he did it by remembering that's not how his Dad would want him to be living. Unfortunately for the ten-year old, this time when he shook off his funk and wanted to hang out with his friends again, they had left him. The feeling of being alone terrified the boy, and it haunts him to this day by taking the form of his boggart. Eventually, his friends did come back to him, but that loneliness changed him. He vowed that he would never abandon his friends like they had done to him.

His Hogwarts letter came on his 11th birthday, like promised. It also came with an Ilvermorny letter, but his mom decided this was a good time for the family to move back to her home in the UK. So Winston had to leave the United States and everything he had ever known for the UK and Hogwarts. He decided to see the silver lining and take it as an opportunity to start over and make new friends.

For the first three years, things were pretty uneventful for him. Then in his fourth year, he took his best friend to the Yule Ball, a girl named Sapphire Allen. They quickly determined that there really wasn't anything there and decided be just friends. Unfortunately for him, Sapphire moved away shortly after that, right when he needed her most. His mother had committed suicide.

For a long time now, Winston had been taking care of his mother and sister, so on the one hand the young boy almost felt a sense of relief. Because now he didn't have to bear that burden, but at the same time... he was an orphan. That was never a good thing. The mix of emotions left Winston very confused. Right at the same time, he moved in with his aunt and uncle, plus his cousin Henry Harper. Despite the fact they had opened their house for him, Winston didn't feel like it was home so he avoided it much as he possibly could and planned on moving out as soon as possible post graduation.

The following year, Winston met a girl named Melody Padmore. After a dance lesson gone wrong, the pair went on a date and were soon going steady. The became the ideal couple for their class, no ups and downs, no off and on again nonsense. They seemed to be the perfect couple, and they even managed to become the Head Boy and Girl. Of course, that's when they revealed they weren't perfect. They were still teenagers, who were deeply in love with each other, and they had been given their own private apartment. Do the math, or just look at the outcome and work backwards, either way works. Melody wound up pregnant.

They had a shotgun marriage, Winston was planning on proposing soon after graduating anyways, he just didn't think it would be so quickly. About seven months after they graduated, Melody gave birth to their first child. A girl named Scarlet. Winston got a job in the Auror Department, and Melody had a job at St. Mungo's til she had given birth when she became full-time mother. That's how the little family lived for about a year and a half until July 30, 2030.

That's when the unthinkable happened - Winston was walking in Diagon Alley when an unknown dark wizard started attacking a muggle-born child. Winston intervened when the Dark Wizard's partner attacked him, knocked Winston out and apparated the child and Winston away. No contact was ever made with the ministry, and Winston was marked as a POW in the Auror Department. Unfortunately for Melody, two weeks later, she found that she was pregnant with another child. On April 21, 2031 she gave birth to another boy who she also named Winston. Melody never remarried or even took her wedding ring off. Far as she was concerned, she was still married to Winston and would be for the rest of her life. She took 'in sickness and in health' very seriously.

Winston was held captive and tortured extensively for more information by the group of dark wizards for years, until February of 2034 when they finally acted on that information. They planned a series of very coordinated attacks on February 12. They attacked The Three Broomsticks and took the place and everyone within it hostage, they attacked the North Side of Diagon Alley, attempted to abduct a high-ranking government official from America and they planted a bomb in Hogsmeade. All but the abduction were successful. They did however manage to capture several of the terrorists and eventually, over a year later they were able to extract some information that lead them to the location where Winston was being held captive.

On March 15, 2035, the Auror Department conducted a raid on an abandoned warehouse in northern Scotland. It was there that they found a very malnourished Winston. They brought him to St. Mungo's where he had to stay for almost a month in their regular ward, before they could even begin to tackle the mangled mess that the dark wizards had left of Winston's mind. They had to stay in the pysch ward of St. Mungo's for almost two years before he could be released back home to his family. The family were finally together again in April of of 2037, just before Winston Junior's sixth birthday.

Winston, Sr stayed home for almost three years. The Auror Office continued to pay him due to the fact he had been rendered almost incapable of work in the line of the duty. In April of 2040 though, Winston had enough. He wanted to go back to work, so he applied to the Auror Office to resume his work. They readily welcomed him back in where he became a beat Auror for about two years, when they got another psychiatrist. The new psychiatrist had some concerns about Winston being in the field full-time and suggested he apply for the recently vacated spot of Auror trainer. Winston kind of wanted to stop being a full time field worker, so he agreed with the pysch assessment and applied for the job switch. It was granted and Winston Wolf, Sr. became the Auror Trainer. A position he has held for almost three years.

Given [ Winston ]From a surname derived from an English place name, which was in turn derived from the Old English given name Wynnstan. Middle [ Leonard ]Means "brave lion", derived from the Germanic elements lewo "lion" (of Latin origin) and hard "brave, hardy". Surname [ Wolf ]From Middle High German or Middle English wolf meaning "wolf." 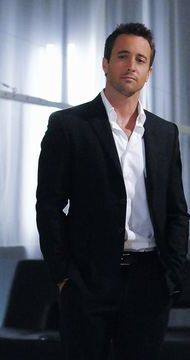 Retrieved from "https://dumbledoresarmyroleplay.fandom.com/wiki/Winston_Wolf?oldid=1088280"
Community content is available under CC-BY-SA unless otherwise noted.