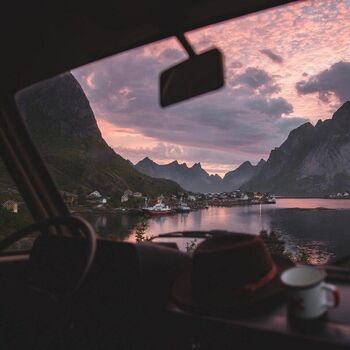 Anyone who knows Xavier well enough knows he's a well-mannered, sarcastic, brat with a hidden sense of humor that can entertain giants. Unable to find friends to express himself to, he's become cold and withdrawn, with a bitter outlook on life and an unwillingness to give anyone a chance. Unbeknown est to him, he's also become afraid of socializing with other people, rather deciding to associate with his books only. Finding safety in his own thoughts, he'd rather spend time alone than with anyone else unless he finds himself comfortable with them, which is only really limited to one person.

Xavier is a history fanatic, with a grand interest in anything historical and desires to know anything and everything about Magical History. Magic greatly interests him, and ever since discovering the Wizarding World, he's been keen to explore. He enjoys learning about most things, and rarely ever puts down any subject even he finds it unenjoyable. Despite the Social experiences, he believes Hogwarts is the best thing that's ever happened to him, and he doesn't want to leave.

A skilled liar, few can see past his skills in deception. However, he uses his wit resourcefully and isn't as selfish as his biological mother. If faced with the decision to save himself over others, he'd rather make an attempt to save everyone than preserve himself. After being faced with a tremendous amount of bullying, he greatly dislikes the harassment of others and will even step in to stop it if it's appropriate. He dislikes being a bystander and it is rare to see him ever pose as one unless the circumstances are extreme.

Despite having Social Anxiety, he often acts in ways the unintentionally draw attention, such as having odd habits and quirks uncommon to the masses. For example, bloody is his favorite word, and he uses it in like every sentence for what seems to be no reason. He also carries his wand around with him like it's a pet or something similar and is very cautious with it, always making sure he has it, which makes it common to see him patting his pockets. He also tends to ask really weird and elaborate questions which sometimes garner no context, but are simply hypothetical.

Georgina Thomas was a wild child with no boundaries, never knowing when exactly enough was enough. She didn’t take life seriously and was quite careless, never really caring who she hurt as long as the outcome always benefitted her. In school, she was what one might call a rebel, with a constant desire to disobey the rules whenever the consequences weren’t too harsh. Naturally, her circumstances led her to join the Serpents.

In Sixth year she was initiated into the Serpents, becoming one of them and embracing their ways. She became even more reckless and lived and enjoyed a life of crime. However she came to accept the Serpents as her family, so much so she actually abandoned her own family after graduating from Hogwarts as a Ravenclaw alumni. She went off in the world, making the best of whatever she came across, never caring how she was one of the most wanted witches in the United Kingdom.

As a result of a one night stand with one of her targets, Georgina gave birth on May 19th. Not even the birth of her son could get her to change her ways. Instead, she abandoned him at a Children’s Home in London several months later. Too young to remember her, Xavier believed his parents had simply died.

Life in the Children’s Home was quite mundane, and often the same. Xavier remained there for seven years, where he was excluded or bullied by other children for his small frame and obvious inability to defend himself. He fared well though, devoting his time to learning. Once he learned how to read, it was impossible to find him without a book. He eventually read more than three-quarters of the Children’s Library present in the Children’s Home building.

A week before he turned eight, he was adopted by a woman named Felicity Blake. He wasn't exactly overjoyed to leave the Children's home, just particularly indifferent. Life with Felicity was interesting. Before her, his social interaction was limited so he didn't have any manners and was quite rude. He was quickly shaped up, however, but his rudeness simply took form in subtle sarcasm. He still cared for books, and read everything he could get his hands on but now his focuses were elsewhere, history.

He loved reading about the past and making metaphors for large historical incidents and seeing how it affected the future. For someone so young, his interest in history could be on par with one of a historian.

His first sign of magic was interesting. He was sitting at the dinner table one day, reading a textbook dedicated to World War II where he was currently reading about the Holocaust. It was relatively night time, and Xavier was ten when the table suddenly caught fire. In the fire, Xavier swore he saw the images in the textbook burning, but when he blinked, the image was gone, leaving just fire.

Luckily Felicity was around to put it out the fire but faced comforting a frightened and guilt-stricken ten-year-old who believed he caused the fire (which in hindsight he had, but not the way he thought he had). She managed to stay calm and calm him in the process, thankfully. After Xavier explained it to her, it became clear to Felicity that Xavier was a wizard, and when he received his letter the following year, there was no commotion.

Similar to the Orphanage, Xavier was isolated and excluded, not being able to integrate with the usual crowd. He knew nothing of magic so he spent much time in the library researching—especially about Magical History. History of Magic soon became one of his favorite classes alongside Charms where he excelled far beyond the other children, spurring jealousy.

From then on, he wasn’t just isolated but teased ruthlessly, spawning a great vengeance for his fellow students as he grew. This led him to draw away and begin to involuntarily isolate himself, convincing himself he didn’t need friends. Every summer when he came home from Hogwarts, it seemed as if he had become angrier and more bitter, but unbeknownst to him, he had also developed Social Anxiety, not realizing not only could he not socialize, he was afraid of it.

Near the end of Fourth Year, Xavier finally encountered the Serpents. They were infamous but he avoided associating with them for obvious reasons. Unfortunately, he was forced to join their ranks when he accidentally stumbled into the murdering of Jayeson Peters by a Serpent. The Serpent, unable to convince Xavier to keep his mouth shut, blackmailed Xavier with the choice of either dying or joining the Serpents. Not intent on dying, Xavier agreed, resulting in his initiation in fifth year.

Add a photo to this gallery
Retrieved from "https://dumbledoresarmyroleplay.fandom.com/wiki/Xavier_Thomas?oldid=1075803"
Community content is available under CC-BY-SA unless otherwise noted.