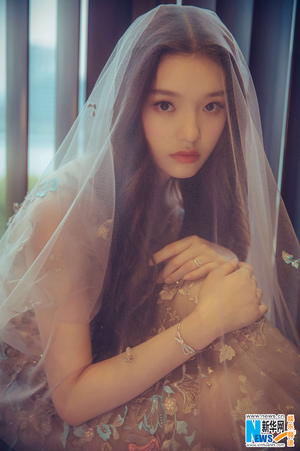 i live today... to see tomorrow.

the calmest person in any crisis, yezy is a beacon for trouble; never has she had an uneventful day in her life. robbed banks? kidnappings? theft? gun shootouts? been been there. it might be bad karma, her 'soul' energy, and who knows what else. she knows one thing for sure — it has equipped her to survive. her fight or flight response is honed enough that she'd be at home at any military base under attack. the lack of a 'proper' childhood lays some claim to her being this way. you would call it cold, she would call it covering her bases. despite the princess gig, she isn't in a hurry to be free of instructions. she is no bird begging to fly. she's an endangered species and it's safe to say she would rather not follow the rest of her kind into death's arms.

in her isolation, she turned to games and technology for company that wasn't seeking to kill her. she'll like everything, but has a soft spot for strategy and slice of life. her favourite role or class in rpgs are the tankiest, in your face ones (warriors, bruisers, tanks, etc.). she can be as strong as she wants in games. no one is surprised about her not being squeamish about violent graphics. she's seen most of it before firsthand. while we're on that, she expresses fondness for the horror genre. on a screen, it can be controlled. press the right buttons at the right times and you're good to go. life isn't as easily wrangled with. there are no walkthroughs or playthroughs. if only it was as simple as setting up an autoclick or macro apps. there are no hacks, no cheat codes, and no pay 2 win moves (okay, there are quite a few but roll with it). due to moving around a lot, most of her game progress is on mobile. she might be married to her phone, but she's trying her best. trying to forget who she is.

they have made her cede her own life. she has so many words for the violations, for the loneliness caused, for every time she looked at muggle children heading home from school and wished she was one of them. yezy is sculpted not of marble, but of loss. those who once lost everything feel every burden that lightens. they bite down and hold. every second that ticks by, they count. their heads held so high are not proud, nor stubborn, not a front. they are sure. there is strangeness, an otherness to their methods and routines. you could even liken it to a bird pecking curiously at a snail. sometimes walking lethals, but never without a purpose. selfish with their hearts and minds, it is forgotten that they existed beyond the organic functions. what is always remembered however, is as important.

no waterfall could have drowned out the blood in her scream.

she was an abomination in their eyes, and that was enough reason to cut her down.

"i disliked compromise. so much that while in the womb, despite their efforts, i lived through what was supposed to be a miscarriage. they never really got over that."

"i bleed and i bleed and it won't stop. mother knows. of course she knows. she's the only one who knows my father. it's cold and bright and it hurts and i want to sleep."

"auntie tells me her medicine is bad. i should never go near her mug. she smiles. we have to leave. i ask mother why. auntie is dead."

"mother teaches me to read and write. my hands are small and clumsy and the writing surface gleams from my trembling fingers but her smile reaches her eyes and i want to catch it and keep it where no one ever sees. when will they stop making her cry? i don't know who they are, but they're mean and i want them to go away. it's not as cold as before. we keep moving."

"i'm taught that wands come from trees. that's why they're so scary. i ask if trees kill too. mother tells me yes, but far less often. snow is white. snow is pure and soft and serene but our kind makes it our own canvas for bad things. while it's red, mother says that they want me to be their canvas."

"mother says she's leaving. i don't know where. she won't tell me. she leaves me with one of the manservants and asks me to not cry. i don't ask if she's coming back. i already know. but i must not cry."

"the language around me has changed. it's okay, i understand it well. i don't bleed all over the place anymore. it's good, since it was irritating. one of my guards gives me a phone. he directs me to the games while he talks to someone. i know he's trying to distract me, so i intend for my attention to only be partially captured. i fail."

"i like games. the people let me play, though not always. maids complain that i'll develop bad work ethic. dressup is boring, i can do that in real life, so i downloaded some new ones."

"i'm sent to meet children my age. this place is so loud and vivid and... smells. so much food. i'm in korea again. not the north, the south. i don't know how they got away with this, but my attendant beams at me as i join in their games."

"ah... it's that time again. cold as the day mother left. i burrow further into my duvet. i see other kids more often now. and as much as i enjoy their games, i don't stop playing the ones i can play when i'm all by myself."

"i've been cleared to go to mahoutokoro. the staff wasn't keen on it, but here we are. it's... stuffy. people know who i am, and they avoid me. my phone is my dearest companion. i am told i am safe here, but i know it's a lie. it always is."

"there are others like me here. not like me, me, but blue blood. royal. important. endangered. a mark above our heads since the moment we were born. i ask to stay for the holidays that i do not celebrate, if only to see them do the same. even among family, it is tradition to feel alone. be alone."

"they tried their hand again. i applaud their choice of the date. it was easier to hush up. the school isn't too pleased by the turn of events inasmuch as an entire corridor, a flight of stairs, and the bathroom were officially out of order. the envoys came again, with offers, dare i say bribes, and suggestions. one stood out — princess helena, of britain."

the magical side of north korea is an endless bloody battlefield, fought with both wands and intrigue. no conjured weather could sooth the ravaged parts of the hidden lands, no liquid enough to quench the thirst for power that caused so much loss, and no mistakes were left unnoticed and unpunished.

one could say the birth of ye zi yue, sixth in line to the crumbling throne, was a stone that should have never been thrown into the depths of this war.

born to a mother of half korean descent and a father whose political influences were dyed red, zi yue was marked with death almost immediately. the more unseemly types of magic aren't banned in the free-for-all that is north korea. her mother almost lost her a mere three days after the birth. the damage had been done, but zi yue survived. nk, fraught with uncensored magic, is quivering with wells of it waiting to be tapped. it was not uncommon for new babes to shield themselves from danger. though the scars had been started on her skin, that wasn't the biggest concern. the scars within her veins were. they were why her very birth was considered what it seemed to be: unnatural. even in the wastelands, they believed in a level of integrity, and zi yue's parentage cried anomaly! bastard child! her parents were abraham and sarah, both integral to their society, both essential pawns of greater powers, but only one victim — half siblings.

so three days after her birth, zi yue's mother drowned her daughter's would be assassins in her daughter's blood. it wasn't going to be the last time she'd do this, but there would be one.

wherever zi yue went, they followed. she spent her childhood being whisked to and fro, never allowed to stay in one place for too long. those who shielded her and her mother died; those who didn't also fell. in time, zi yue's name was stained with fear and north korea's 血族公主 was born. blood princess. legend would later go on to state that her mother died completing an immortality pact. the truth was tamer, but not by much. zi yue became a true orphan. her mother, her one true ally in the seas of blood, disappeared. left under the care of questionable aides, zi yue somehow continued to straggle along. china, taiwan, singapore, malaysia, indonesia. she would never stop having to run.

mahoutokoro took her in at eleven. a bold, dangerous move. in doing so, japan had armed itself against them. for once in her life, zi yue had a year of peace. not one attempt on her life was made. maybe japan could shield her.

this was not the case. mahoutokoro went into shutdown in her third year. at thirteen, she did what she had to in order to live. the offers came in again, like they always did all her life. they were all tangled up in politics, bribes, and other affairs. one commanded her attention. one would cause the least mess. she got in one more year at the place before she decided the whispers were too much. princess helena had caught wind of her predicaments and had extended a hand. zi yue bid farewell to japan, perhaps in japan's best interests, and hiked up her skirts for wales. she finished her last three years at hogwarts (slytherin, by the way) under a separate identity, having never felt freer than she had then. they had lost track of her. she hopes it stays that way, but there's still the problem of north korea and its leadership.