Zayd Shafiq is a Pure-Blood wizard of Algerian and English descent. He is the son of Hawa "Eve" Morgan and Kahlid Shafiq.

Zayd was born into a Pure-Blood wizarding family thought to be extant in at least the 1930s.

As a small child, a toddler, Zayd did not recognize Rasheed as his father. Whenever Rasheed was near the child he raised as a son until Zayd was three years old he cried. Zayd finally stopped crying in the presence of Rasheed as long as his mother was in his sight if she stepped away he would burst into tears. Rasheed began referring to Zayd as "the boy" around this time. Zayd has a minor interest in gaining the respect of his father figure, he thinks it would take the entirety of his life to earn a small compliment. Hawa and Zayd get on well largely because Hawa spent his first six years of life talking to him. Hawa raised her children alone as a housewife, Rasheed travels constantly, and spends very little time home with his family when he is not "away". Zayd is the eldest child, as a new mother Hawa coddled him. She was very protective, and hovered around Zayd tending to his every want, or need. Rasheed and his brother's son do not get on well. They are two different people with two different sets of morals.

Rasheed is a wizard from an exceedingly long line of Dark Wizards, and Zayd is not like him. Rasheed is callous, and arrogant while Zayd is sympathetic, and trusting. Zayd has been verbally abused by Rasheed on a regular basis. Rasheed does not use Zayd's given or middle name when speaking to him, or referring to him to other people. Rasheed always calls Zayd "the boy". The bad traits Zayd inherited from his paternal family only come out around Rasheed and Nadira. Zayd sometimes feels like he is two people. The mean Zayd, and the nice Zayd. He gets no support from his sister Nadira who does everything she can to bring out "mean Zayd". He has wanted to get along with his little sister since she was born. The first thing Nadira did when their mother introduced her as a newborn was poke Zayd in the eye, then she giggled. He did not want to like her, but she was so tiny, and her baby giggle made him smile.

On the train in the first year carriage Zayd was too nervous to introduce himself. His classmates are outspoken and lively enough that when they needed a game to keep them occupied on the ride he suggested one for them. The fact that they played it made him feel a lot better about his future as a student of Hogwarts.

Zayd was a near Hatstall between Ravenclaw and Slytherin (similar to Gilderoy Lockhart). He was very close to being put into Slytherin the only thing he knew he did not want. He begged the hat to send him anywhere else, to Hufflepuff with all the rest or to Ravenclaw instead if it had to. He would not have minded being with Melinda and Heather they remind him of his sisters, but being stuck in the boys dorm with John until seventh year was a reality Zayd did not want to experience. He feels some sort of shame or guilt at being a near Hatstall, and believes if the Sorting Hat had said anything other than "the successors of Salazar" he would feel better.

He loved being in Ravenclaw, he enjoyed waking up in the tower every morning, and he liked be able to hangout with Seline in the common room. He drew a different tower everyday for two weeks during First year. He wanted to try to do sketches of all of the Towers at Hogwarts, he had rough sketches of eleven and high hopes of finding a way to get those last five. It took him two weeks, but he drew interior and exterior sketches of the Astronomy Tower, the DAtDA Tower, the Hospital Wing, the gargoyle outside of the Headmaster's Tower, the North Tower, the West Tower, the Clock Tower, the Bell Towers, the Stone Bridge Tower, and the Grand Staircase Tower. He began to notice that he easily knew his way around the school grounds because of his hard work. He was even able to found a quiet little oasis undisturbed by the rest of the student body in the old Wizard Art Professor's Office.

The Yule Ball had come and gone for Zayd twice. His third and his fifth year. During third year he was much too young, and the prospect did not interest him. Unfortunately when his feelings changed in his fifth year he was unable to find a date, and saw no reason to attend if he would be going alone. He wanted to ask Abi, he could not. He wanted to ask Selene, he could not. He thought of asking Tess, he assumed that she would be going with John. He was not hurt by that fact, he would have been rather supportive despite his initial dislike for him. Zayd chose to discover what he could of the Hospital Wing and the Headmaster's Tower for his sketches with so few people wandering the castle he knew he would not be distracted, to be more exact he hoped he would not get caught.

Three months shy of 16 he began dating for the first time, exploring a romantic relationship with fellow Ravenclaw Albion Kinnaird. During his sixth year he was chosen as Perfect. He expected stiff competition, and he had it in none other than the Head Boy from the year above him, Owen Connor. He was lucky the elder gentleman received a more respected title, Zayd knew he would stand a better chance of being selected without Owen in the running. His first quidditch game ended in success, he caught the snitch, and played his part. Ravenclaw pulled ahead of Hufflepuff with 190 points being the difference between winning and losing. His second game of the season ended in a miserable loss. He was not as bad off as he could have been but it was his first loss, topped by his first ever quidditch injury. It was a dislocated wrist, and a scaphoid fracture. A trans-scaphoid prelunate dislocation. He battled with chronic pain from that day forward because of it.

He did the impossible seventh year, he got Head Boy. He was not sure if he was worthy, of it, but he had faith in himself as the choice that Ravenclaw should make, and he expressed that to the selection committee as eloquently as he could. He is not sure if he is more proud of that way that badge gleamed of the way it felt to be the one wearing it.

His first quidditch game ended in success, he caught the snitch, and played his part. Ravenclaw pulled ahead of Hufflepuff with 190 points being the difference between winning and losing. His second game of the season ended in a miserable loss. He was not as bad off as he could have been but it was his first loss, topped by his first ever quidditch injury.

It was a dislocated wrist, and a scaphoid fracture. A trans-scaphoid prelunate dislocation. He battled with chronic pain from that day forward because of it. His third and final game of the year ended better than the one that preceded it, but not the one that started the season. He received a minor back injury, and requires physical therapy to combat the pain from a pinched nerve. His game did end in a win, with Zayd plucking the snitch out of the air before Aydan Dane. He fells lucky to have accomplished a win for Ravenclaw, helping them steal first with 100 points between retaining or losing the Quidditch Cup.

Rather than pursuing either of his passions with food or art, Zayd took up his recreational habit on a professional level. He began playing quidditch for the Caerphilly Catapults alongside a few of his former schoolmates.

Zayd wants to be loved, and everything he does is only to be admired, praised, or shown some level of respect. He is charming and well spoken because his mother encouraged it, he is proud and snide because his "father" warned him no one likes insecurity. Zayd thinks he is soft-hearted because of his mother, and his sisters, when he thinks of his "father" that gentle person goes away. His similarities to the man that made him are obvious. Zayd does whatever is necessary to keep the traits he inherited from his paternal family well hidden. Zayd despises his "father" Rasheed, but he does realize at his core he is exactly like him; sarcastic, and disrespectful.

Zayd has an oval shaped face, and cool yellow, pale brown skin tone. His smile is wide, and shows almost every single one of his front teeth. He has his father's beautiful curly black hair. It has always been wild, and thick. Rasheed does not like "his son" having long hair, and he often implies it makes Zayd seem effeminate. Zayd also shares his father's stony, deep russet brown eyes, but he has his mother's pointed nose. 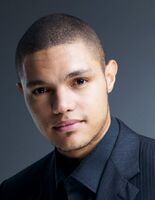 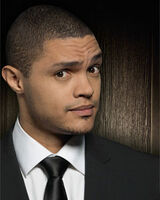 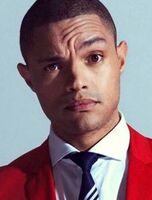 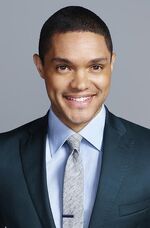 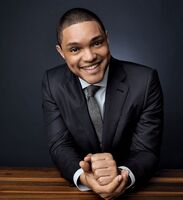 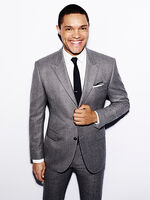 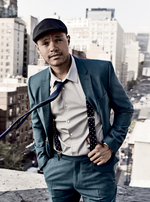 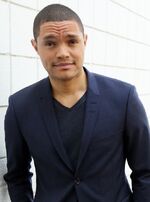 Retrieved from "https://dumbledoresarmyroleplay.fandom.com/wiki/Zayd_Shafiq?oldid=847519"
Community content is available under CC-BY-SA unless otherwise noted.