Zayn Kowalski @Z.Kowalski Follows you Member of the Hex Boys
Wanted me to seem more approachable, so there's me with a dog United Kingdom Joined February 2038 283Following 24.7KFollowers

Zayn is one of the most spoilt people you will find in the UK. Even though he knows what's its like to have absolutely nothing, he will spend all of his money without a care if he could. Zayn is one of those cautionary stories of those who gain everything he wanted and has no idea what to do with it. Or how to handle himself. Zayn has little self control or self discipline within himself and it's an issue. It's an issue because he will do whatever he wants whenever he wants and commitment is a struggle. In fact, people are surprised he managed to stay interested in the hex boys for so long. Even Zayn is surprised. Maybe it's the people. Or the contract. Or the money. Zayn is really just searching for the next bit of fun he could have. Zayn likes to party, he likes to be seen, and he often wastes away his days like this. It could be said that Zayn doesn't really have a drive to better himself. Doesn't have something to wake up for. He just goes through the motion. Which is true-too a degree. It's just his motions are a lot more desirable than others and he knows it. There is a part of him that makes him feel as if he can't speak about how he feels from time to time, because he knows it could be worse. Hell, he experienced worse. He can't complain how it's sometimes hard to get out of bed. How it feels as if some people wouldn't really like him if they knew who he truly is. Zayn is often snarky and sullen at times, not the philosophical and chill musician that most people know him as, and it's often because of this. Really-he's just lonely and is sick of people expecting so much from him. Expecting him to be this and that.

Zayn loves philosophy. Maybe it's because he struggles so much with his own life, he's turned to other people to figure it out. Muggle philosophers are more so his favourites. Just because he figures that without magic they had more time on their hands to think than those with magic. However, he is rather iffy with Marx (do you count him as one? Zayn does. Just an economical philosopher). Zayn also loves music and knows how to play a pretty tune and dance his night away. There was a reason hex boys wanted him. Of course, he's also very good at teaching himself. He taught himself the cello, the piano and the guitar. Zayn is a quick learner and widely independent. If you ask him to learn something with a deadline then he will go and make sure he perfects it. If you don't give him a deadline, well...maybe next year will be when he comes back to you. Zayn is also aware of his economical footprint. Which might be a bit contradictory considering how much money Zayn can blow and it is. But he will never blow his money on a fur coat or plastic. Zayn will gift you keep cups and always has one on him at all times. Zayn is really very empathetic and has a big heart, he just doesn't trust a lot of people too show it. He really expects them to be disappointed with him if he shows his true self. The true self that wants to believe in everyone. That wants to have fun and love people as much as he can. Zayn was fourteen years old when he fell for a telescam and lost his adoptive parents so much money. What could he say? They sounded desperate and were in need! Zayn will be the type of celebrity that pops up at a charity event in his own spare time. However, Zayn is also very willing to cheat other rich people. Make him play a game of poker with you and he'll cheat.

Zayn Kowalski experienced both poverty and the luxury. It wasn't on his own merit did he rise out of the former but by simple chance. In fact, it was the cliche poor child adopted by a rich family that Zayn fell victim too. Of course, the Kowalski's would live to regret to this decision by the time Zayn was an adult. Zayn was born Krishan Khan. His biological parents were unknown figures. His mother was a secretary to his father. The prime minister of India. So you can perhaps understand why Zayn was left in a box on the streets. His father didn't know of his existence. Probably for the better, considering he was married. Without children. He and his wife were struggling in that regard. Zayn naturally fell into the system. Being raised in foster home to foster home, Zayn was underdeveloped. He didn't start speaking until nearly two and barely knew how to walk. Eventually, though, he was adopted by an Indian family. This family was a sporting family, their eldest son was a prominent figure in Indian cricket and people believed he was to go on to become part of the national team. However, it became clear that Zayn didn't fit the mold that his adoptive family wanted. He could barely catch a ball. So he was left on the other side of New Delhi. Zayn was homeless for nearly a year, living off stolen fruit and dirty water. He was, in short, a dirty street rat.

Eventually the muggle government found him again and everything came out. The family was charged with negligence and Zayn was moving through the system again. However, not for long it appeared. He was eight and he caused a garden blossom with flowers in the middle of winter. When there should definitely not be flowers. What could he say? Zayn loved his flowers. He wasn't a gardener but he appreciated a good bloom, even at that age and winter was easily his least favourite season. All the flowers disappeared in those months. It was this that dragged him out of the muggle foster system and into the magical foster system. The Indian magical ministry, realising Zayn was a wizard, took him out of the muggle system and into the magical one. It was here that Zayn was adopted by the Kowalski's. A British family that had too much money for their own good. Nine years old and was renamed Zayn Kowalski. Apparently, the name Krishan wasn't up to their standards. The Kowalski's were your typical right wing white family. Privileged and out of touch with the rest of society, the eldest children, the biological family, was in the ministry and it was expected that the rest follow him. Zayn was the second adopted child. He had older brother-Remy-who was also adopted. The two grew closer, bonding over how they felt like fish out of water, both the sore thumbs. Even though Remy was considerably older as a child, Zayn felt like he had someone looking out for him. Something he hadn't felt ever in his life.

When he was eleven, he was sent too Hogwarts. Zayn wasn't too sure which house he'd be. Slytherin or Gryfindor, was what people use too say. Zayn was always one for...extravagance The center of attention. And everyone knows Slytherin and Gryffindor are the ones showing off all the time. What he didn't expect was too be sorted into Ravenclaw. He wasn't nerdy or bookish. Zayn hated schoolwork. However, he was creative and had a fantastic imagination. Zayn just failed too associate it with Ravenclaw. But Zayn quickly became a favorite in his year level. The new Sirius Black, one might say. Rule breaking, leather jacket loving, boy with hair for days. Zayn was an entertainer-everyone knew it. Zayn was willing to dance across the tables in the great hall for the laughs. He wasn't a particularly good dancer back then, but his confidence that he did it with would have made you think otherwise. It also became apparent that he wasn't the ministry worker his parents wanted him to be. By the age of sixteen, Zayn was dancing his heart away. He had been given lessons and was now a natural. Through sheer determination, Zayn got himself out there. By seventeen, he was singing and dancing as a solo performance in bars and clubs. Which was when he was scouted by the Hex boys. It took another year for his audition too be accepted by twenty, he was one of the boys that were on the verge of debuting to the wizarding world. Of course, by that point he'd practically been alienated from his adoptive family, who firmly didn't approve of his career choice. He was lucky that his father allowed him to keep his trust fund. 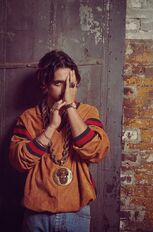 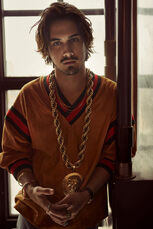 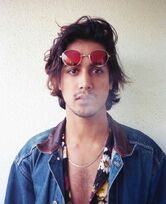 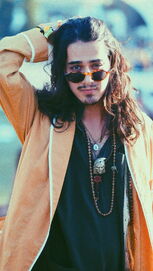 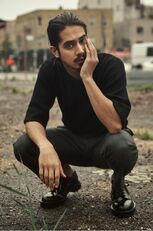 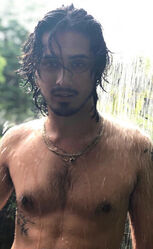 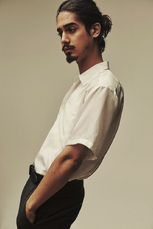 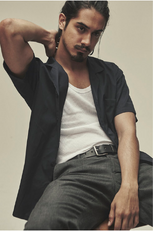 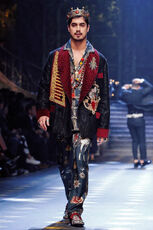 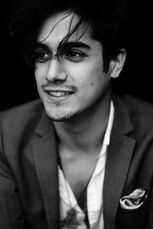 Retrieved from "https://dumbledoresarmyroleplay.fandom.com/wiki/Zayn_Kowalski?oldid=1065846"
Community content is available under CC-BY-SA unless otherwise noted.